Magazine under fire for cover featuring Trump in crosshairs 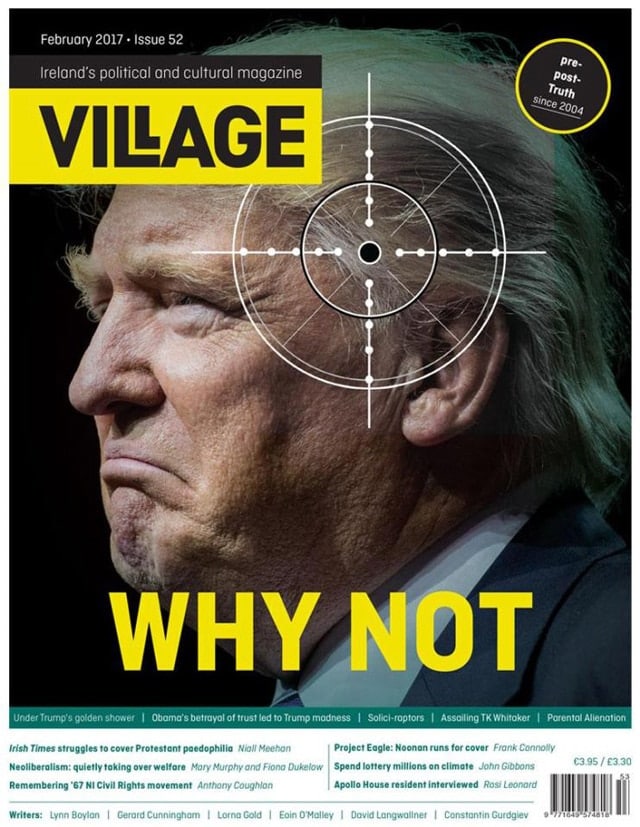 An Irish magazine is facing serious scrutiny after they took to Twitter to share their latest cover, which features an image of President Trump with crosshairs on his temple and the caption, “Why not.”

While the post was immediately met with criticism, Michael Smith, the editor of Village magazine, said it’s being misinterpreted and it’s not condoning assassination, but rather explaining why such measures are wrong, “even in the case of Trump.”

“It’s not an incitement to anything,” Smith said. “We’re politically correct, right-on, the last magazine that would recommend violence or killing anyone.”

Additionally, Smith, pointed out that the title of the article “signals an explanation ‘why not’; not a question ‘why not?’. Smith added that the cover image is simply meant to provoke thought.