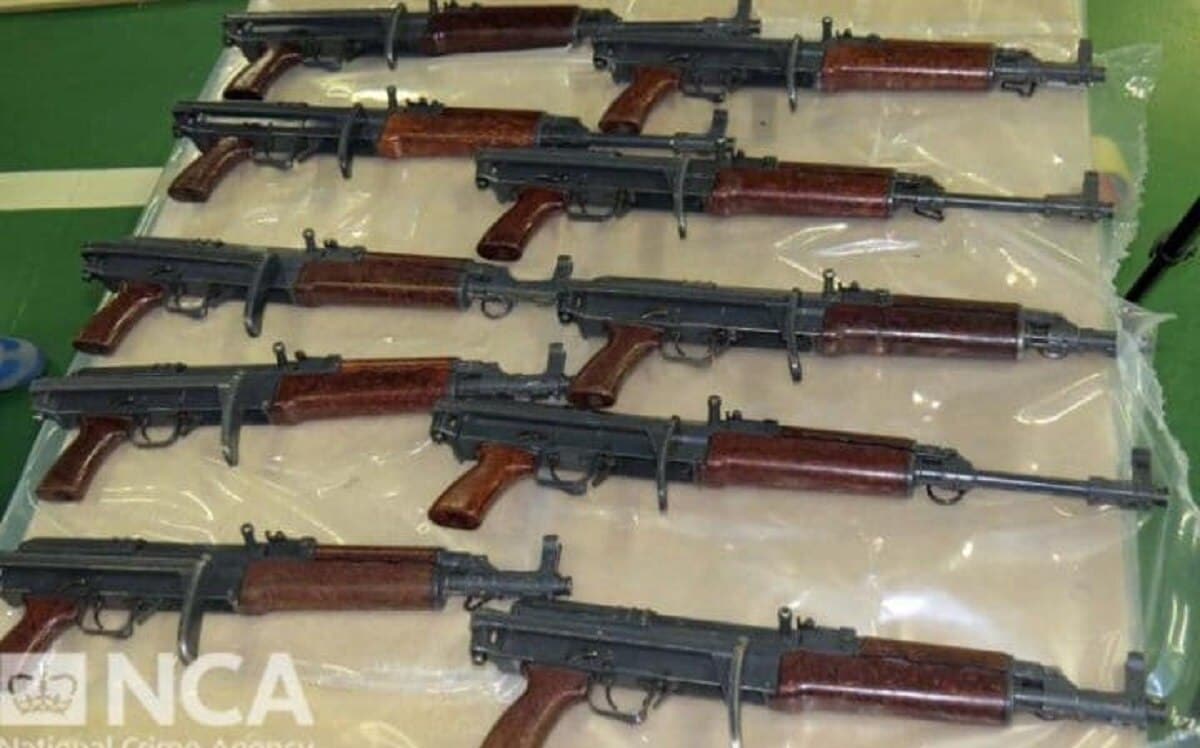 Hundreds of guns were seized during an operation in the U.K. (Photo: NCA)

More than 800 illegal guns and thousands of rounds of ammunition have been seized in the United Kingdom during a month-long anti-terror operation conducted by the National Crime Agency and the National Counter Terrorism Policing unit.

Almost 300 suspects were arrested during the operation, and among the weapons seized were 200 handguns, 11 rifles, two machine guns and one sub-machine gun, including an AK-47 and a Skorpion submachine gun, the Evening Standard reports.

Approximately 4,385 rounds of ammunition were also seized during the operation, as well as 100 other weapons, approximately 176 pounds of illegal drugs and over $624,000 in cash.

Some of the guns were seized from registered firearms dealers who had their licenses revoked, and other weapons were thought to have been smuggled into the country.

Law enforcement hailed the seizure as a major success in the fight to prevent terrorists and other criminals from obtaining weapons and attacking civilians in the streets.

Nick Wilcox, Detective Superintendent of the National Terrorism Policing unit, said the following in his announcement of the seizure:

Counter terrorism officers continue to plan and prepare in light of world events such as the attacks in Paris – but we want to remain on the front-foot and stop terrorists obtaining guns in the first place.

Low firearms availability is a major advantage in the UK.

In many other western countries someone like Muhiddin Mire, the man who attacked innocent passers-by in Leytonstone tube station last year with a knife, could probably have got hold of a firearm and one serious injury could have become tens of deaths.

The operation reportedly began last October, just one part of a greater effort to interfere with the criminal supply of guns into the U.K.

The weapons will undergo forensic testing to try and determine if they have previously been used in crimes.