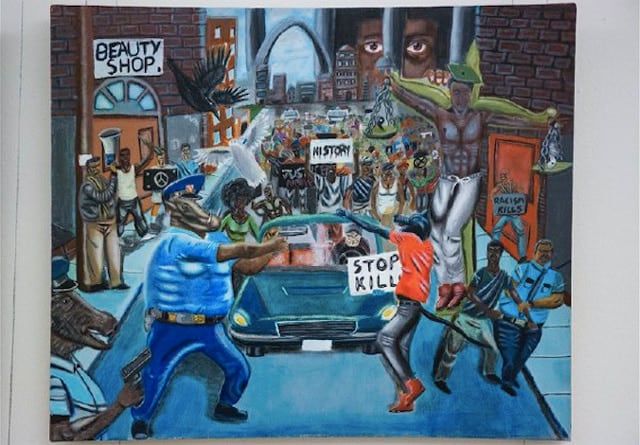 The battle over a piece of artwork hanging in the U.S. Capitol complex came to an end last week after a panel for the Architect of the Capitol voted 2-1 to remove the controversial piece despite an appeal filed by House Minority Leader Nancy Pelosi.

The artwork depicts police officers as pigs and was created by a high school student who won the Clay’s annual Congressional Art competition, in the district of Rep. Lacy Clay, D-Mo., whose office approved the display.

The painting was hung in June and immediately drew criticism. In fact, Rep. Duncan Hunter, R-Calif., was so appalled by the painting that he, along with several colleagues, unscrewed the artwork and delivered it to Clay last month.