Another magazine under fire for Trump cover 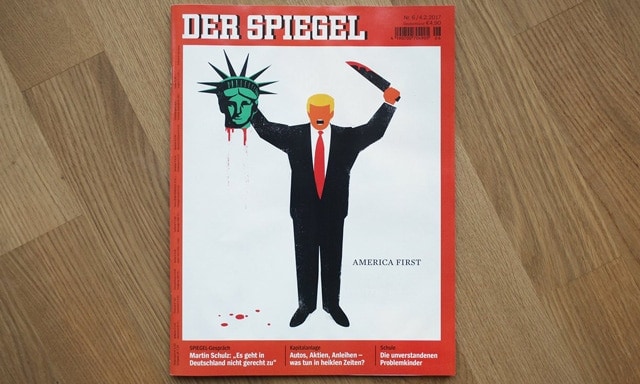 A German magazine stands behind their decision to choose a not so flattering cover image of U.S. President Donald Trump.

The cover of Der Spiegel features Trump with a bloodied knife in one hand and the severed head of Lady Liberty in the other. Opinions – both in Germany and elsewhere – have been split over whether or not the image is acceptable. However, editor-in-chief Klaus Brinkbaeumer assured that the image was not meant to provoke anyone but rather to illustrate what the magazine believes is a threat to democracy.

Still, others, including Alexander Graf Lambsdorff, a member of Germany’s Free Democrats and vice-president of the European Parliament, described the image as “tasteless.”

Similarly, the Irish magazine Village also faced scrutiny for their latest cover, which featured Trump with crosshairs on his head.