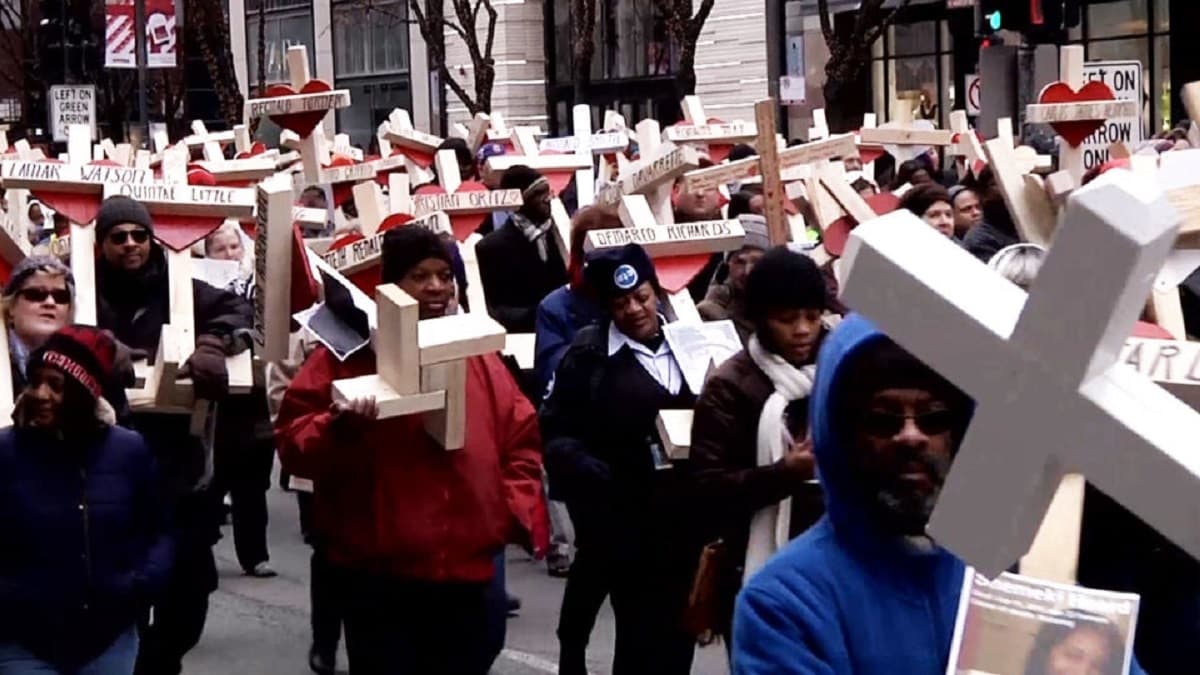 Experts and politicians have often compared gun violence to an infectious disease, using the term as a ready-made metaphor during debates and talk shows, but sociologists say that comparison could be something more than a simple rhetorical device.

In a new study published in JAMA Internal Medicine and summarized by Newsweek, sociologist Andrew Papachristos and colleagues at Harvard University tried to determine whether or not gun violence, like diseases such as HIV and hepatitis C, spread along a predictable path, or “social contagion” as it is called in the study.

Papachristos focused on co-offenders arrested for the same offenses in Chicago between 2006 and 2014, and then narrowed that focus to co-offenders who had been previously shot, theorizing that getting shot would be much like becoming infected with a blood-born pathogen. Once people had been shot themselves and thus become infected, Papachristos reasoned, those people would be more likely to “spread” the disease of gun violence to those they know.

The researchers then identified the largest social network of co-offenders arrested, totaling 138,163 people. More than 11,000 shootings affecting 9,773 people were connected to this group.

Once identifying the network, the researchers applied a mathematical model to determine how exactly gun violence spread throughout the network, which was adapted from models epidemiologists use to study the spread of new physical diseases.

The results showed that a social contagion accounted for approximately 63 percent of gun violence episodes within the studied network and that shooters and their victims could be easily traced and connected through that network. The model revealed a visible pattern of gun violence episodes that spread through people who knew each other — one victim gets shot and then two people that victim knows get shot, and so on.

The model also revealed that that the connected shootings included in the study occurred about every 85 days, a time interval researchers say could be viewed as an “incubation” period before the disease spreads to a new host.

Papachristos has applied the model to networks in seven other cities, work he plans to publish soon, and hopes authorities can use his findings to implement preventive and treatment measures.