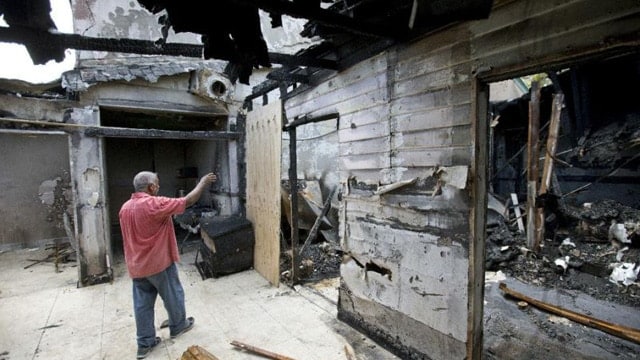 Farhad Khan, who attended the Islamic Center of Fort Pierce for over seven years, stands outside of the charred building days after the fire was set. (Photo: Wilfredo Lee/The Associated Press)

The man responsible for setting fire to the mosque attended by the Pulse nightclub shooter was sentenced in a Florida court Monday to 30 years in prison.

Joseph Michael Schreiber, 32, received a harsher sentence for the Sept. 11 fire at the Fort Pierce Islamic Center because he displayed prejudice while committing the crime, so prosecutors applied Florida’s hate crime enhancement provision, according to a statement by the St. Lucie County Sheriff’s Office.

The sentence also reflected Schreiber’s status as a Habitual Felony Offender and Prison Release Reoffender. In addition to the years, he will be required to pay $10,000 in restitution, but that amount is subject to increase.

Schreiber, who pleaded no contest, claimed he set the fire not because of hate but because of anxiety. In a written statement read aloud, he shared with the court how his mother was suffering from stage 4 cancer as a result of the asbestos and burning ashes from the 9/11 terroristic attack in New York. Schreiber said his mother has no more than a year left to live. 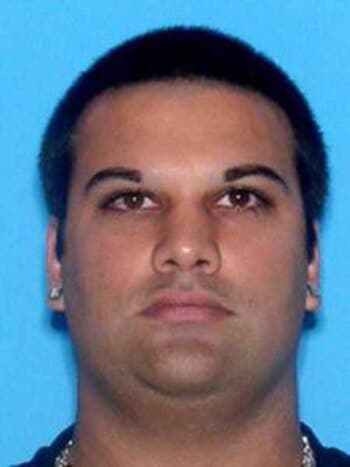 “To all the Muslim communities on the face of the Earth, make peace with America and make peace with Israel. Stop the attacks. And stop the killing,” Schreiber said in court as he offered an apology for the crime.

Though the damage left to the mosque was significant, no one was injured in the fire.

But prosecutors pointed out that when Schreiber confessed to the crime, he told detectives he believed Muslims “are trying to infiltrate our government” and that “the teaching of Islam should be completely, completely illegal.”

Additionally, Schreiber’s social media accounts were rife with anti-Muslim rhetoric. Schreiber said he believed “all Islam is radical” and Muslims should be treated as both criminals and terrorists.

Schreiber previously said he feared an attack in St. Lucie West similar to 9/11 or the Boston bombing before he set the fire.

Schreiber was apprehended by authorities just two days after the fire thanks to tips provided to the St. Lucie County Sheriff’s Office, who shared images of Schreiber captured on surveillance video. Investigators said Schreiber, who has been held without bond since his arrest in September, admitted to setting the fire but also expressed embarrassment over doing so.