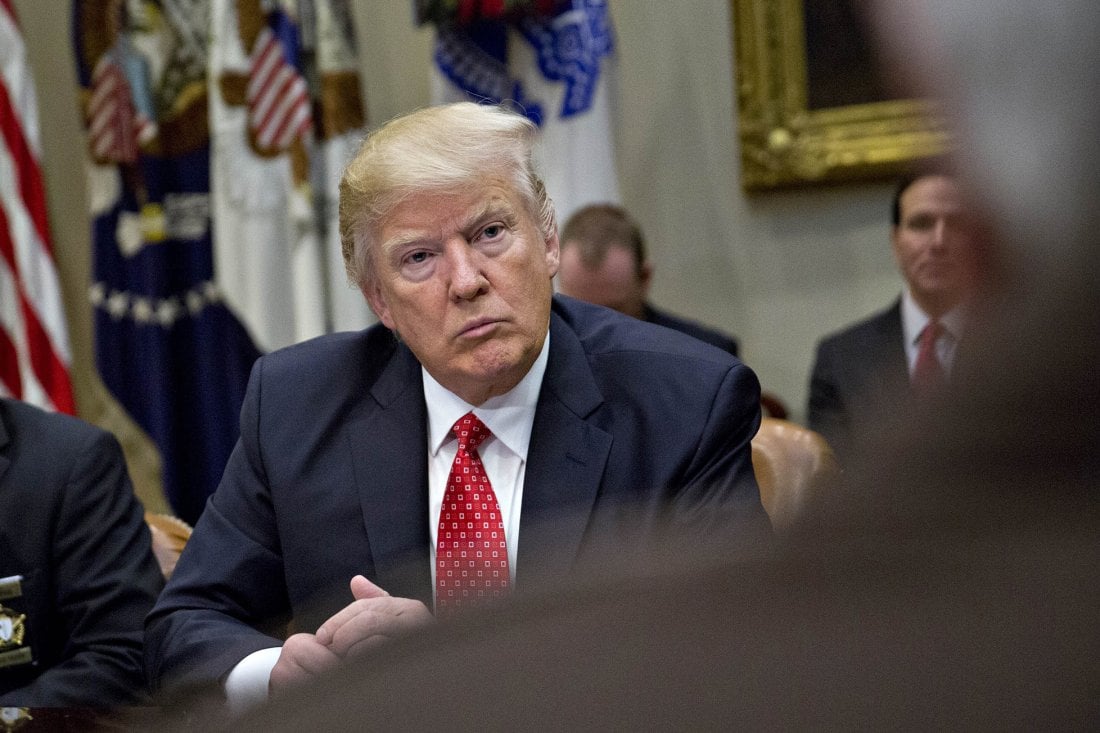 U.S. President Donald Trump during a listening session in the Roosevelt Room of the White House on February 7, 2017 in Washington, DC. (Photo: Getty Images)

The White House on Tuesday said it was dedicated to “creating a culture of accountability” within the government system charged with providing healthcare to more than 20 million of the country’s veterans.

“The experts discussed private sector solutions and innovations that could be used to improve the VA,” Press Secretary Sean Spicer told reporters later that afternoon.

Spicer said the idea that “we’re sitting around arguing” about VA personnel not doing their jobs “does not bode well” for how America is viewed by the rest of the world.

Among the group who met with the president in the Rosevelt Room was philanthropist and Marvel CEO Ike Perlmutter, who donated $1 million to the Trump presidential campaign’s wounded warriors fund.

Veteran wife Tiffany Smiley spoke to reporters during a press conference outside of the White House. Her husband, Scotty, was blinded in Iraq in 2005 after a suicide car bomb explosion.

“Real change needs to happen,” Smiley said. “There are 22 suicide a day and quite honestly in our country it’s easier for a welfare recipient to gain access to care than it is our veterans, and that’s not OK.”

If Tuesday’s meeting was an indication of the direction the Trump administration seeks to go on reforming the embattled VA, one should look no further than the presence of Cleveland Clinic CEO Toby Cosgrove, who oversees a more than $5 billion healthcare system made up of some 28 hospitals, family health and ambulatory surgery centers in Florida, Nevada, Toronto and Abu Dhabi.

Cosgrove, who currently sits on a White House advisory council, turned down an offer in December from then-President-elect Trump to run the veterans healthcare system, Bloomberg reported. He declined a similar offer from President Barack Obama following the resignation of Eric Shinseki during the 2014 wait time scandal.

There has been much discussion over how best to reform the VA and it seems the Trump administration will look to implementing more private sector solutions.

Not present at the White House’s first veterans health meeting were representatives from the biggest veterans advocacy groups like the American Legion, Disabled American Veterans and the Veterans of Foreign Wars, who said they weren’t invited to the listening session, Military Times reported.

The White House reportedly said it would be setting up similar meeting with the veterans groups at a later date.