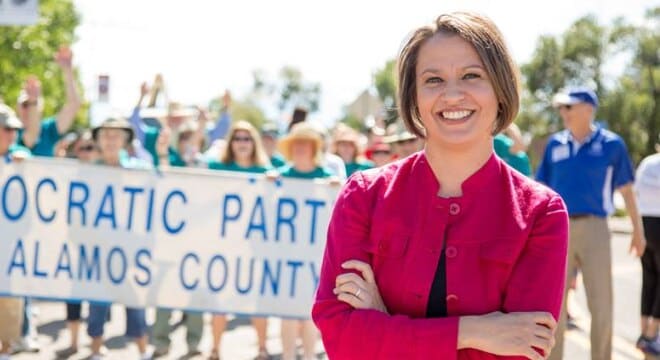 Measures mandating background checks on virtually all gun transfers passed out of committee in both chambers of the New Mexico legislature last week.

Garcia Richards told lawmakers she bought a gun in a private sale in a McDonald’s parking lot without a background check, saying, “He seemed like a nice guy, but no names were asked, no IDs were shown, we simply looked at the gun, paid in cash and less than five minutes later we drove away with this gun.”

The language of HB 50 has exemptions to the firearms transfers between family members, temporary loans or rentals at a shooting range and for the purposes of hunting. Violators of the bill, should it become law, could face a year in prison and up to a $1,000 fine, or both.

Gun control advocates say the proposals are the right thing for public safety. “The current background check system in New Mexico has a dangerous loophole that enables criminals, including convicted felons and domestic abusers, to go online or to a gun show and buy a gun with no background check, no questions asked,” said Cheryl Haase with the state’s Moms Demand Action chapter. “This loophole has serious consequences and allows guns to easily fall into dangerous hands.”

On Tuesday, 32 of 33 Sheriffs that make up the New Mexico Sheriffs Association condemned both SB 48 and HB 50. “These measures would make it harder for law-abiding New Mexicans to exercise their Second Amendment rights, waste scarce law enforcement resources, and do nothing to keep guns out of the hands of criminals,” the association said.

The group holds the legislation is part of a “national gun control agenda funded by New York billionaire Michael Bloomberg” and would “criminalize virtually every private firearm transfer in the state,” a position shared by the National Rifle Association and other pro-gun organizations.

Each bill has been referred to their respective chamber’s Judiciary Committee. Democrats hold sway in both the House and the Senate though the state’s governor, Susana Martinez, is a Republican. Martinez is generally seen as being pro-gun though she has in the past advocated for stronger firearms laws.