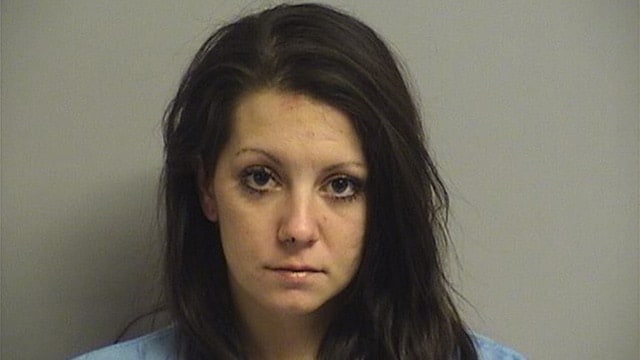 Heather Ward tried to break into a Tulsa home but was stopped by a mother of two. (Photo: Tulsa County Jail)

A 30-year-old woman was injured when she tried to break into a Tulsa home through a child’s bedroom window Friday afternoon.

The homeowner, a mother of two, said she was trying to protect herself and her children when she shot at Heather Ward.

According to local reports, the homeowner, who has not been publicly identified, retrieved a handgun when Ward shattered the child’s bedroom window a little after 2 p.m. The homeowner fired several shots at Ward, who then fled from that home bloodied from cuts from the broken window.

Ward then tried, unsuccessfully, to break into several other homes in the neighborhood as police responded to a frantic call from the armed homeowner.

Luz Vargas lives a few doors down from where the shooting occurred and told reporters Ward tried to break into her home after she was shot. Vargas said her daughter told her someone was knocking at the door but when she went to answer it, there was nobody there.

Moments later, Vargas heard her dog barking in the back yard and soon thereafter she saw Ward jumping over her fence.

Vargas said nothing like this has ever happened in their neighborhood, but she’s glad she has taught her children not to answer the door to strangers.

Ward also tried to break into the locked patrol car of the first responding officer. Cpl. Wyett Poth said the officer parked and locked his car, then went to search for Ward. But the officer apparently went one direction while Ward went the other way. When Ward came to the patrol car, she tried to break in but was unsuccessful.

Eventually, the officer caught up with Ward and placed her in custody. After receiving medical attention, she was booked into the Tulsa County jail where she was charged with first-degree burglary, attempted larceny of a vehicle, two counts of possession of a controlled drug and resisting arrest.

No one else was injured during the incident.