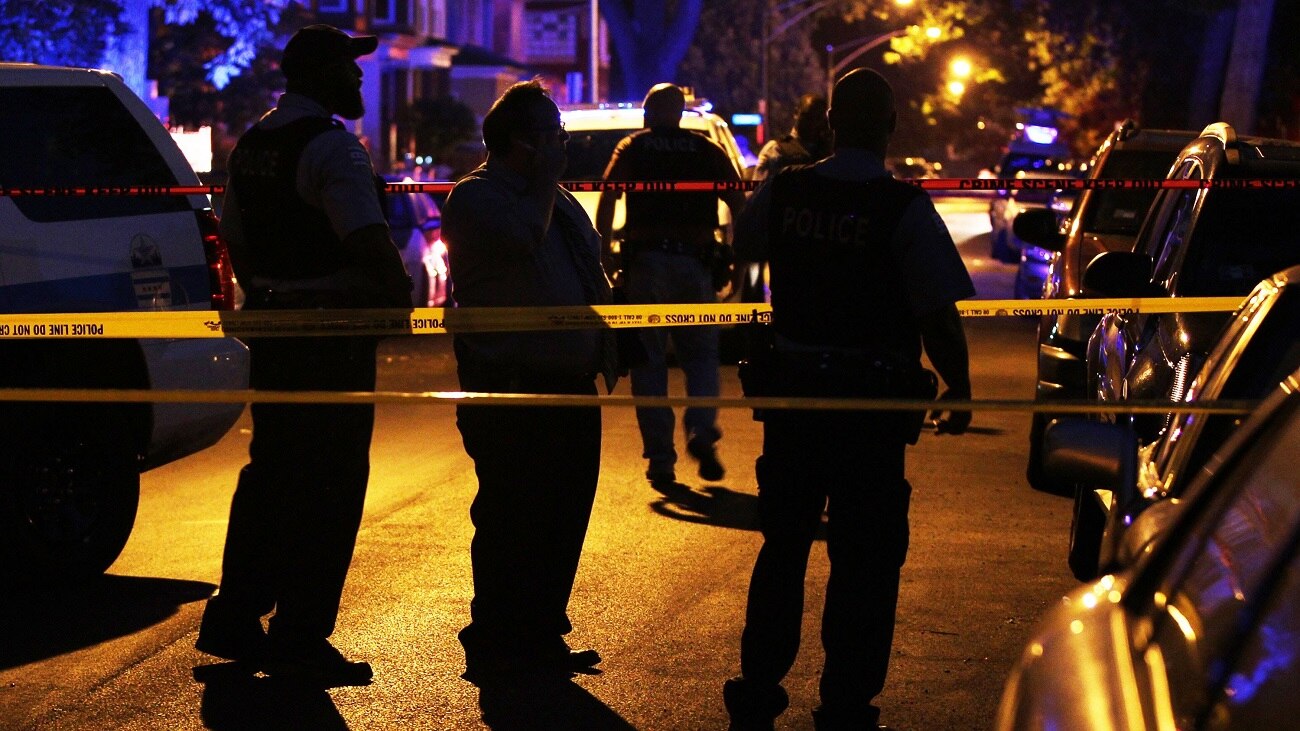 Chicago police investigate a shooting in the south side Roseland neighborhood of Chicago (Photo: Chicago Tribune)

The brainchild of Sinai Health System CEO and President Karen Teitelbaum, the Chicago Gun Violence Research Collaborative came together as a direct result of the spike in violence Chicago saw in 2016, a year in which there were 762 homicides and more than 4,300 wounded.

After seeing so many victims brought into the hospital, Teitelbaum authored a call to action in Crain’s Chicago Business last July, urging experts to come together to try and do something to stop the bloodshed.

“We need to bring together those of us in Chicago who have the research expertise, experience and commitment to health care disparities to identify the causes and solutions to Chicago’s plague,” Teitelbaum wrote.

“We need to tap those in the streets who fight this violence daily to share their thoughts and strategies. … We believe in our collective power to bring together some of the finest research minds together, and we will have a real impact on this epidemic.”

As a result, more than 90 people from almost two dozen organizations came together to form the group, assembled by the Sinai Urban Health Institute and Illinois Public Health Institute.

WTTW’s Chicago Tonight reports the group intends to focus on big data, both at the city-wide and community levels, to try and unearth the root causes of the problem.

“We have to be attentive to the unique problems in the communities,” Sharon Homan, president of Sinai Health Urban Health Institute, told WTTW. “All of the communities that are suffering from gun violence are facing economic challenges, inequities in job opportunities, poverty and crime.

“But each community has a different constellation of problems that are really going to require a concerted effort to push against that and [will take] a multifaceted approach from the criminal justice system, school system response and neighborhood safety.”

Listening sessions will be held in different neighborhoods throughout Chicago to get a better understand of each communities needs. The first neighborhoods, identified as having the highest rates of violence, include Garfield Park, Lawndale, Austin and Englewood.

The group intends to work with key leaders within these communities to take advantage of previously conducted research and help organize prevention efforts.

Once the listening sessions are completed, CGVRC will host a conference later this year, bringing together community organizations, national and local researchers, and policy makers to discuss their findings.

In addition to new research projects, the group hopes to make it easier to access gun violence research. Specifically, Sharon Homan wants to remove the “many barriers” that make it harder to access research and connect with other researchers throughout the country.