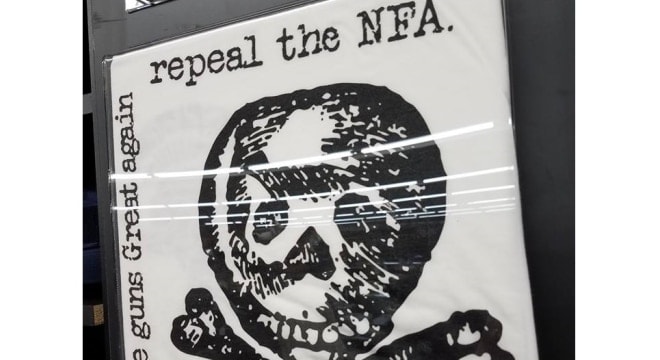 A grassroots movement to repeal the NFA and the Hughes Amendment are only just gaining ground. (Photo: tacticalshit.com)

A pair of We The People petitions to the White House for gun reform started on President Donald Trump’s inauguration day are slowly gaining steam.

The more popular of the two, “Repeal the NFA” seeking to do away with the National Firearms Act of 1934, has garnered 34,185 signatures as of Feb. 8th.

The second, to “Repeal the 1986 Hughes amendment,” the law which bans new production of machine guns for civilians, has only picked up a meager 8,712 signatures.

The effort has been publicized by a number of those well-known in Second Amendment circles including NRA commentator Colion Noir, the Military Arms Channel and the IV8888 crew.

However, some have chided their fellow gun enthusiasts for not being more responsive to the drive.

“I am surprised at the very low number of signatures on the ‘Repeal the NFA’ online petition. Is this the ‘Trump Won & we’ve got the Legislature’ Complacency that people were afraid might happen?” observed tactical trainer Rob Pincus on social media. “There’s no reason for the term NFA item to exist, these should be treated like any other gun and more available to the public,” he continued.

“Why haven’t you signed the petitions to repeal the NFA and Hughes Amendment yet? Too busy or disinterested in your 2nd Amendment rights?” posted Molon Labe Industries.

“You Still Think Suppresors (sic) Are Coming Off the NFA sometime Soon??? We Can’t even get a 100k guys to say ‘repeal the nfa'” noted Hank Strange.

Each petition needs 100,000 signatures to earn a response by the White House and must reach that goal by Feb. 19th.