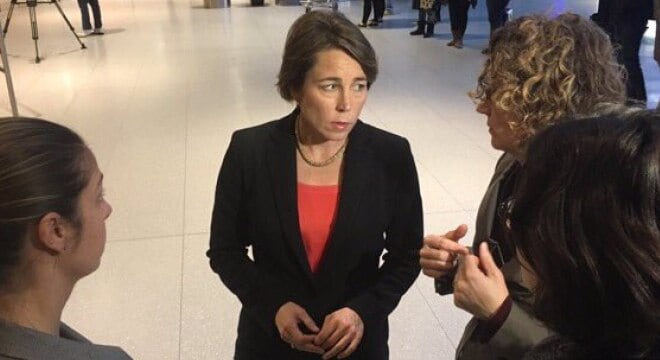 According to Tuesday’s agreement entered in Suffolk Superior Court, home-based Federal Firearms Licensee Anthony Martinello will not seek a license to sell, rent or lease firearms for three years and will pay $10,000 to the state to cover their investigation into him.

“In Massachusetts, we have the benefit of strong state laws to help law-abiding gun dealers in keeping the public safe, and we rely on gun dealers to ensure responsible gun ownership,” Healey said in a statement.

Martinello was investigated by Healy’s office, who found he sold Glocks, which are limited to law enforcement and military sales in the Commonwealth, to individuals he did not verify as such between January 2014 and April 2016.

Records available through the Bureau of Alcohol, Tobacco, Firearms and Explosives show Martinello with a valid Type 01 FFL as of January.

Last month, Healey announced a licensed Worcester gun dealer, The Gun Parlor, had sold several Glocks while failing to verify the guns sold to law enforcement and military were being used for official duties. The shop was hit with $10,000 in fees and costs associated with an investigation into the store while $25,000 in fines will remain outstanding and will be waived if the shop remains in compliance for two years.

Healey, who was given a green light last October by a county court to investigate Glock over customer complaints of accidental discharges, is currently involved in a federal lawsuit with the firearm industry’s leading trade association and four gun stores over her interpretation of what constitutes an “assault weapon” under state law. The National Rifle Association’s state affiliate filed a separate suit over the action last month.