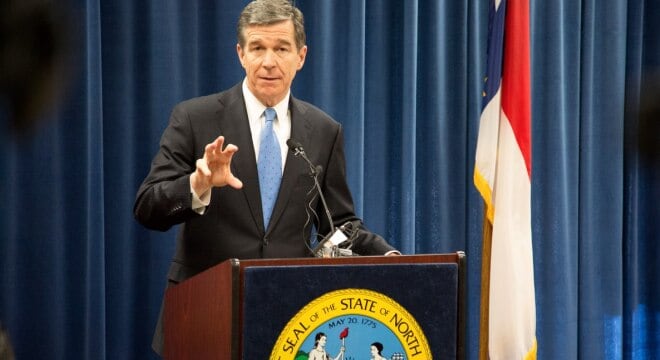 A group of House lawmakers on Wednesday introduced a measure to make North Carolina the next state to grant concealed handgun carry without a permit.

The measure, HB 69, has seven co-sponsors and aims to retain the current permitting system for purposes of reciprocity with other states while removing the requirement to have a license to carry inside the state.

Rep. Larry Pittman, R-Cabarrus, one of the supporters, argues that Tar Heel State residents already enjoy open carry without a permit, making the move to constitutional carry the next logical step.

“The Second Amendment is the only permit an honest, peaceful citizen should need to carry a firearm, openly or concealed,” Pittman told Guns.com. “We have open carry in North Carolina without any permit required. It makes no sense to differentiate between the same person carrying openly or concealed. When the Second Amendment says ‘shall not be infringed,’ that’s what it means.”

Pittman’s 14-page proposal would codify the right to carry a concealed handgun without a permit by those able to legally possess one. It also removes the need to have a permit when carrying in restaurants, public assemblies, parades, funerals and some educational properties.

The legislation has the support of Grass Roots North Carolina, a state gun rights organization, and will be GRNC’s main legislative thrust for 2017.

“Constitutional carry is a concept whose time has come,” GRNC President Paul Valone told Guns.com in an email. “After decades of problem-free concealed carry by lawful citizens, it is high time we remove governmental permission and burdensome permit requirements which discriminate against people of limited means.”

Currently, at least 12 states allow for some form of permitless concealed carry, with bills to expand the practice on the move in Alabama, Montana, and New Hampshire among others.

In both West Virginia and Missouri last year, lawmakers wrangled enough votes to override vetoes from Democratic governors to make constitutional carry the law of the land.