New Yorkers band together to remove Nazi graffiti on subway 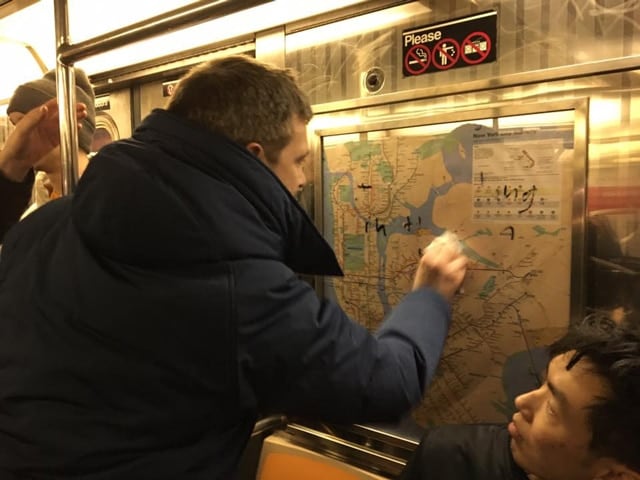 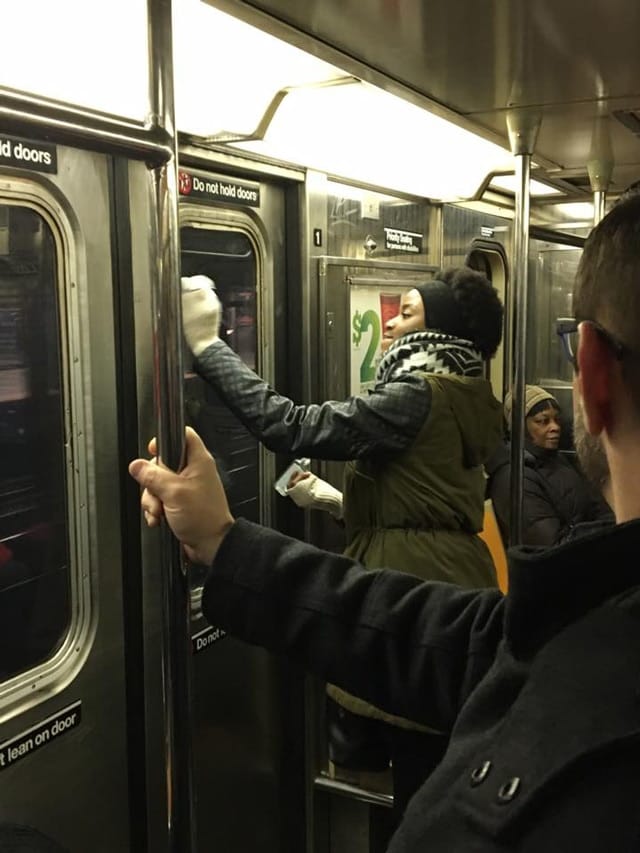 Gregory Locke captured photos of the moment and shared them to social media with an explanation of what occurred. The post has since been shared nearly 475,000 times and “liked” more than 745,000 times.

Locke said when he boarded the subway train, numerous swastikas along with statements like “Jews belong in the oven” and “Destroy Israel, Heil Hitler” were written with black marker on the walls and windows of the subway car.

“The train was silent as everyone stared at each other, uncomfortable and unsure what to do,” Locke wrote. “One guy got up and said, ‘Hand sanitizer gets rid of Sharpie. We need alcohol.’”

Locke said he has “never seen so many people simultaneously reach into their bags and pockets looking for tissues and Purel.”

And within about two minutes, the graffiti was all gone.