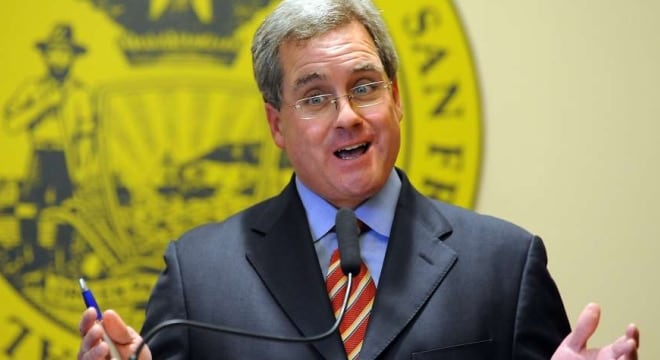 “The only purpose of these magazines is to kill as many people as quickly as possible,” said Herrera in a statement. (Photo: Michael Short/SF Chronicle)

The city takes issue with rebuild kits from Badger Mountain Supply, located in Washington; 7.62 Precision in Alaska; Shooters Plus, in Mississippi; LAK Supply of Wyoming; and Buymilsurp.com, located in Florida.

In each case, Herrera argues the kits are nothing more than disassembled magazines capable of holding more than 10 rounds of ammo that can easily be reassembled in violation of state law.

“It takes a particular type of miscreant to compromise the safety of Californians simply for profit,” Herrera said in a statement. “The only purpose of these magazines is to kill as many people as quickly as possible. They have no place in our neighborhoods. That’s why the people of California have spoken loud and clear on this.”

Herrera’s office noted eight mass shootings in the past decade where “large-capacity magazines were used.” Yet, only one — the 2015 San Bernardino terrorist attack, which killed 14 people — took place in California. And the claims do not attempt to tie repair kits specifically to any specific shooting.

A typical kit contains a magazine body, spring, follower, and floorplate and are marketed as replacement parts for those with pre-ban magazines with problems functioning or for building a state-compliant reduced capacity device. For their part, 7.62 Precision cautions prospective buyers that, “It is the customer’s responsibility to store these kits unassembled until specific parts are removed from the kits and used to repair legal pre-ban magazines, or to build legal 10-round magazines.”

In 2016, legislation signed by California Gov. Jerry Brown and approved by voters by a ballot proposition removed legal protections from even grandfathered magazines in civilian hands, though the state Justice Department walked back a proposed rule for how to take these devices out of circulation.

LAK Supply issued a statement on its website late Thursday saying its mag parts will no longer be for sale to any California addresses, citing the San Francisco lawsuit.

“We’ve done virtually no business of any type in CA for years at this point, your laws keep becoming more leftist and extreme, and places like the city of SF are more than happy to harass businesses about what kind of parts they sell,” the Internet retailer said in a statement. “At this point, it’s simply no longer worth the harassment, which is exactly what the city of SF wants. Our apologies, but at this point it’s really up to you, the people of CA, to change your oppressive laws.”