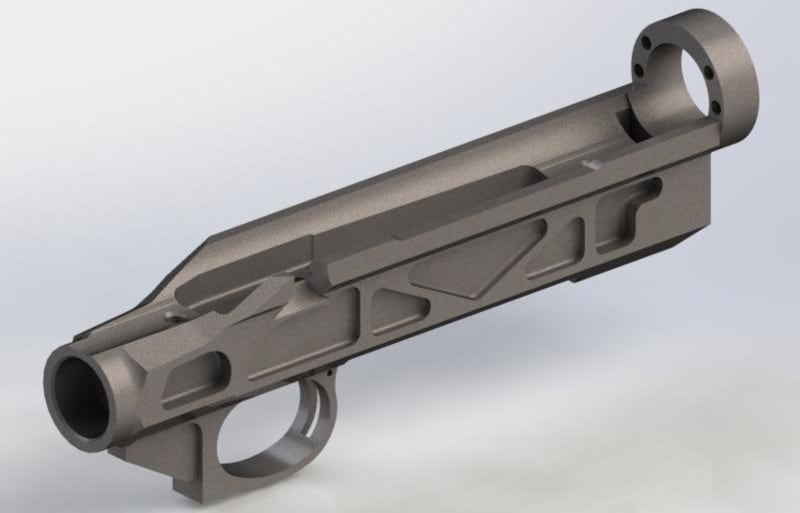 The modular chassis works alongside most AR-15 buttstocks, pistol grips, handguards and accessories.

The chassis features a bedless design with optional scope heat shields. Available with floorplate and internal magazine or detachable magazine style, the chassis is compatible with AICS/Accurate Mag magazines in .338 LP and 300 Win Mag.

Available in raw aluminum, shooters are able to Cerakote, Anondize or finish the part themselves. However for an additional charge, BDG offers a black rubberized finish.

BDG currently offers two versions, one weighing 1.60 to 1.75 pounds and the other weighing even lighter at 1.35 pounds to 1.50 depending on handguard mount.

BDG says the part is highly configurable giving consumers the ability to dial in exactly what they want.

“Several companies make a competing bolt-action chassis, but you have to use their accessories.  We wanted to build a modular chassis that has nearly unlimited possible rifle configurations,” President of BDG Dave Wilt said in a statement.

The modular chassis is available through BDG with prices starting at $495.