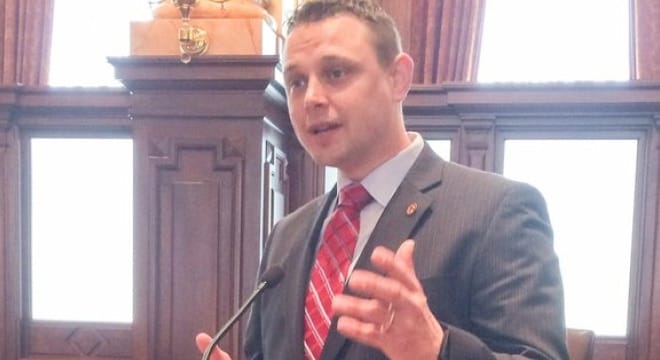 Proposals have been introduced in both chambers of the Illinois legislature to repeal the mandate for the state’s longstanding FOID requirements.

Lawmakers contend the program — which predates the computer age — needs to be retired, a move that is the aim of SB 1324, filed last week, and HB 0492, filed in January.

“The FOID Act is nearly 50 years old. Advancements in technology and changes in the law over the last 50 years have made it a redundant, unnecessary burden on the citizens of Illinois,” said state Sen. Neil Anderson, R-Rock Island, in a statement. “It is simply common-sense legislation that repeals a law that has outlived its necessity.”

Both measures would strike the tenets of the Firearm Owner Identification Act and remove the FOID card from state law. Dating from 1968, over 2 million FOID cards — needed to purchase or own firearms and ammunition in the state — are in circulation. The cards cost $10 and, as noted by the Illinois State Police Firearms Services Bureau, the agency is “experiencing a record number” of card applications each month.

The legislative proposals would not affect the state’s Firearm Concealed Carry Licenses, of which some 200,000 have been issued. Over the counter gun sales and transfers from Federal Firearms Licensees would still require a NICS check through the Federal Bureau of Investigation to proceed.

Gun control advocates argue the proposal would put more weapons on the streets.

“We don’t need to make is easier for felons and mentally unstable people to have access to them,” said Colleen Daley, executive director of Illinois Council Against Handgun Violence.

In the past, audits have shown the FOID system failed to prevent potentially dangerous people from obtaining a license to purchase firearms, leading to initiatives to reform the system. Nonetheless, recent reports have surfaced that found many with revoked FOID cards still manage to keep their guns.

Both bills have been referred to committee. The House measure, introduced by Rep. Thomas M. Bennett is set for a hearing with the Judiciary Criminal Committee Hearing on Feb 15.

Bennett had submitted a similar repealer in 2015 as did Anderson, both of which died in session.