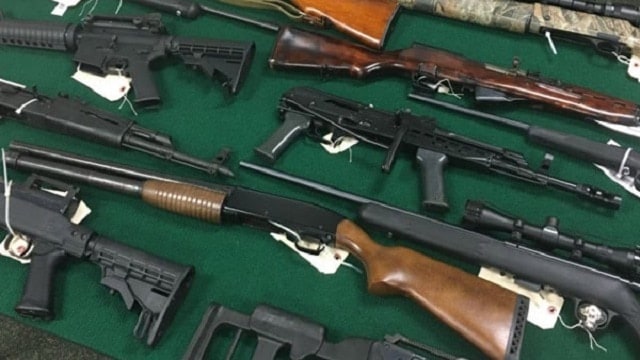 Sixty-six guns have been seized and dozens arrested in an undercover operation in Hillsborough County, Florida.

According to Sheriff Gee, 57 people said they could get guns when asked by the undercover detectives, and a total of 66 guns were seized from 51 individuals. Seven of the guns had been reported as stolen.

Of the 66 seized guns, 42 were handguns, 15 were rifles and nine were shotguns.

“I can’t say enough about the undercover work that was done here, with the men and women who were doing these hand to hand transactions, because they were bringing loaded guns, and it was really easy to buy ’em,” said Sheriff Gee.

Detectives also purchased illegal drugs during the gun transactions, and 188 drug and gun-related charges have been filed so far in connection to the investigation.