A recently released autopsy report revealed that a 7-year-old girl who was killed in a drive-by shooting in Salisbury, North Carolina, in December suffered from at least “20 gunshot injuries” in the moments leading up to her death.

A’yanna Allen was asleep in her grandmother’s bed when someone opened fire through the bedroom window. A’yanna was pronounced dead at the scene, while her grandmother, Shirley Robinson, who was lying next to her, was shot in the leg. Robinson was treated at a local hospital and released later that day. 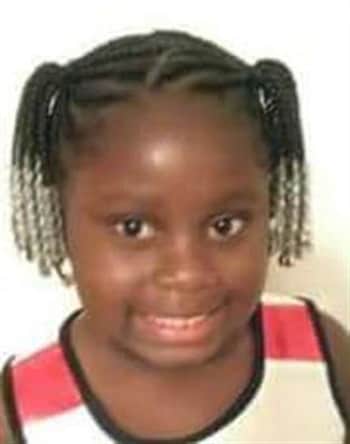 The autopsy showed A’yanna was struck in the toes, legs, abdomen, back, head, and chest. She was also found to have fractures to her skull, ribs, pelvis, and femur.

The medical examiner noted in the report, however, that the young girl’s injuries were not necessarily caused by 20 different bullets, but rather, as best can be estimated, up to 13 bullets. The report showed some of the bullets caused multiple injuries and the complexity of the wounds made it difficult to determine entry and exit wounds.

No one is in custody for the fatal shooting, but authorities believe the drive-by that killed A’yanna and a shooting in the parking lot of a nearby restaurant, that left 22-year-old Sharod R. Mathis, are connected.

Police are offering a $20,000 reward for information leading to the arrest of the person or persons responsible.