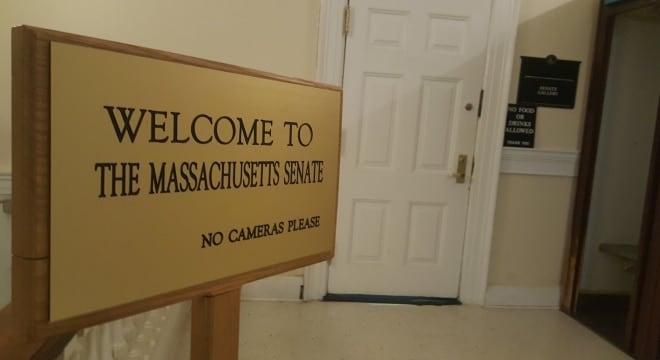 A ranking Democrat in the Massachusetts Senate has introduced legislation to greatly expand the Commonwealth’s gun laws in a single stroke.

The bill, SD 1884, would up taxes on firearm sales while expanding background checks to private gun transfers, ban .50 caliber guns and ammo, and pave the way for a personalized gun mandate.

“Some of these are just common-sense thoughts,” said the bill’s sponsor, state Sen. Cynthia Creem, D-Newton. “This is not telling people they cannot have a gun. I have great concerns over private gun sales, where we don’t utilize the national instant background check system.”

Creem’s proposal would place an additional 4.75 percent surcharge tax on the sale of firearms, ammunition and gun parts. The new revenue stream would fill a Firearms Violence Prevention Trust Fund, established under the bill.

Next, it would add definitions for smart guns to the state’s laws and direct the attorney general to gauge the commercial availability of personalized firearm technology annually, providing that information to lawmakers. If it is determined that smart guns are available, within six months the state’s roster of compliant firearms can only contain guns with such features. A similar law adopted in New Jersey in 2002 has been repeatedly blamed for the stagnation in the marketing of personalized firearms.

A ban on .50 caliber firearms and ammo could see those in Massachusetts found with either to face as many as 10 years in prison and a fine of $10,000. Currently, only California and the District of Columbia ban .50 caliber rifles while Maryland and Connecticut have partial restrictions.

Finally, under the language of Creem’s bill, virtually all firearms sales would have to take place through a licensed dealer, who could charge up to $25 to clear private transfers. Eight states have universal background check requirements for all transfers, with a ninth, Nevada, currently in limbo over the applicability of a ballot referendum narrowly approved by voters last November.

Both state and national gun rights groups are opposing Creem’s legislation, with the National Rifle Association contending, “This bill infringes upon the Second Amendment rights of gun owners and sportsmen across the state by putting unnecessary restrictions and excessive burdens on law-abiding citizens trying to exercise their constitutional Right to Keep and Bear Arms.”