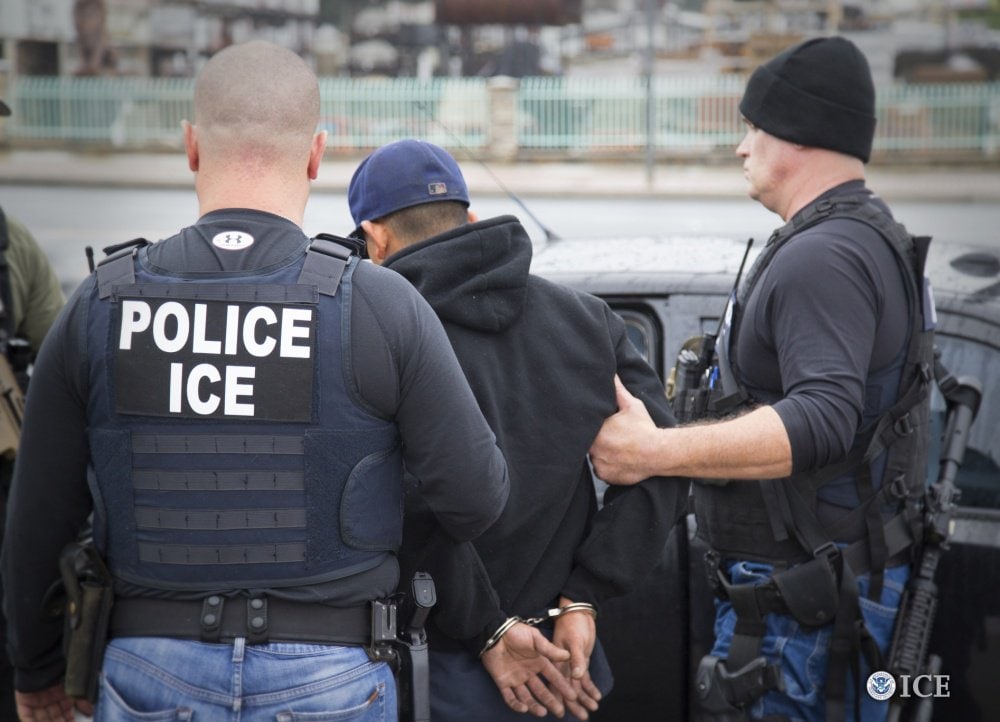 In an official statement released Monday, Kelly noted that of the 680 arrested in the operations –which took place in the areas of Los Angeles, Atlanta, Chicago, San Antonio and New York City –approximately “75 percent were criminal aliens, convicted of crimes including, but not limited to, homicide, aggravated sexual abuse, sexual assault of a minor, lewd and lascivious acts with a child, indecent liberties with a minor, drug trafficking, battery, assault, DUI and weapons charges.”

According to Kelly, ICE regularly conducts these sort of actions and they are consistent with the “routine” arrests ICE agents make on a daily basis. Kelly commended the “heroic efforts of the dedicated officers” and said they had “put their lives on the line to protect our communities and country.”

Kelly also had praise for President Trump, who he said “has been clear in affirming the critical mission of DHS in protecting the nation and directed our Department to focus on removing illegal aliens who have violated our immigration laws, with a specific focus on those who pose a threat to public safety, have been charged with criminal offenses, have committed immigration violations or have been deported and re-entered the country illegally.”

Despite Kelly’s commendations, many have raised concerns about the scope of the actions, calling them “raids” and claiming they targeted a much larger group of immigrants than former President Obama had targeted.

While Obama’s actions were more focused, critics say, the executive order Donald Trump signed his first week will expand that focus to include nearly all undocumented immigrants, including those only suspected of a safety threat or crime.

Senate Minority Leader Chuck Schumer released his own statement Monday, expressing concern over ICE’s recent actions and calling on the agency to release more specific details regarding the locations and people who were arrested.

“I have always supported smart immigration enforcement that helps to keep our country safe, but raids targeting law-abiding immigrants and treating those with traffic violations the same as murderers and robbers will only achieve the opposite,” Schumer said.

Many of the individuals who did not have prior criminal convictions did have final orders of removal or had been deported from the U.S. in the past.