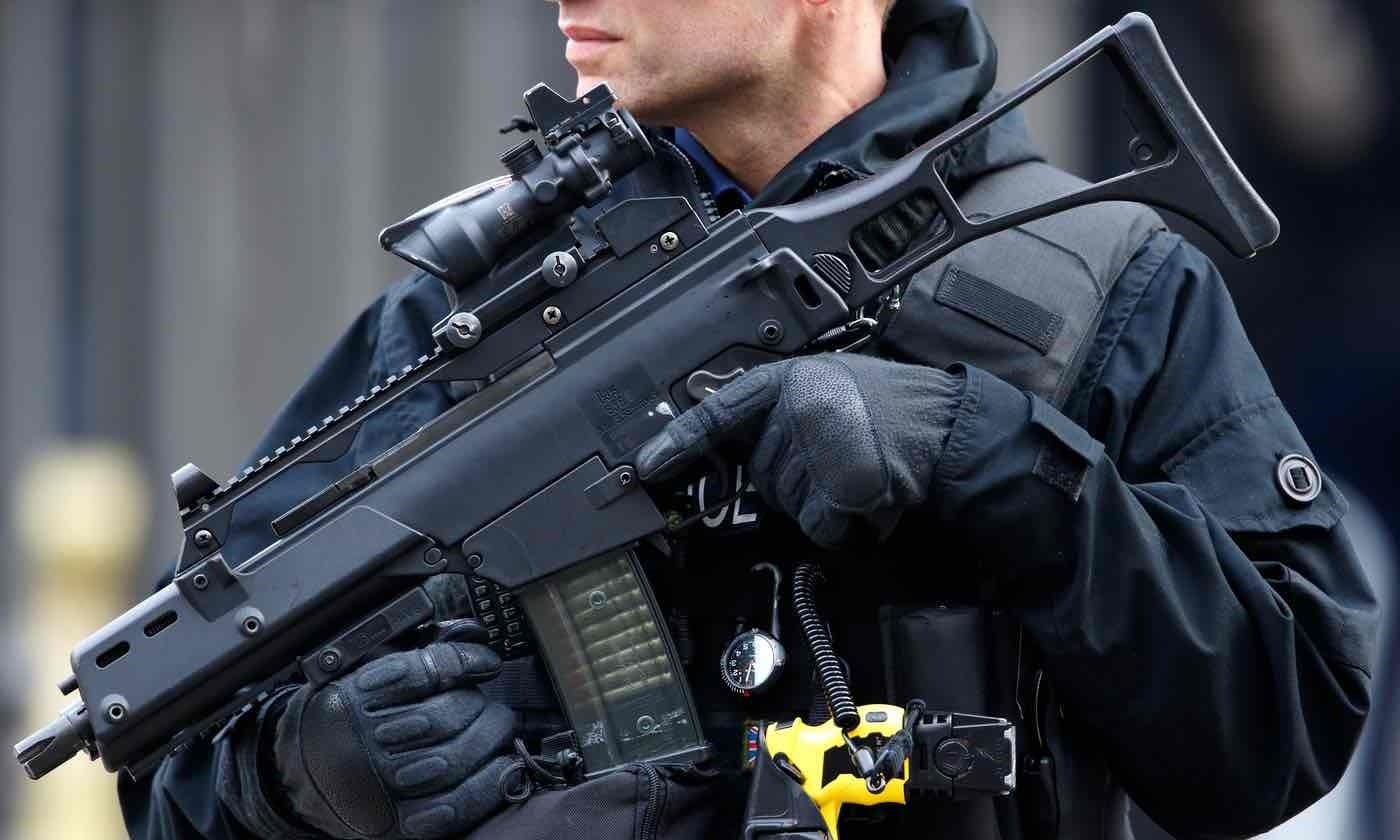 A City of London officer holds an assault rifle, also armed with a Taser and handgun (Photo: Getty)

Nearly half of London’s Metropolitan police officers think it would be a good idea to have more firearms specialists in the city and approximately 75 percent want to carry tasers, according to a recent survey.

The survey, conducted by London’s Metropolitan Police Federation, was answered by about a third of the 31,000 Met officers and showed that 43.6 percent of them wanted more firearms specialists, the Guardian reports.

Approximately 26 percent said officers should regularly be armed and only 12 percent indicated they never wanted to carry a gun while on duty, no matter the circumstances.

MPF chairman Ken Marsh told the Guardian the number of specially trained firearms specialists should soon be doubled to 16 percent after the survey.

“We’re in a far more dangerous society than we have ever been and so we have to have the correct equipment to deal with that,” said Marsh. “If you take the lorry in Nice for example, that drove into crowds of people, my cops are not armed and they would not have been able to respond like the French police did, and instead would have had to make a call.”

Marsh continued: “We’re not asking for mandatory arming of all officers, but what they are asking for is for more specially-trained officers. We have to stick to the stringent criteria and the criteria for handling a firearm in the UK is still the toughest in the world.”

After the ISIS attacks in Paris that killed 130 people in November 2015, the number of Metro firearms officers increased from 2,200 to 2,800, and MI5’s terror threat level has been at “severe,” the second-highest level, since August 2014.

Marsh has also advocated for more tasers on the force, citing a rise in assaults on police, but many humans rights groups have criticized taser use. The Guardian reports there have been at least 10 deaths related to taser use over the past decade in England and Wales.

Commander Matt Twist of armed policing said he was proud to be part of a “predominately unarmed police service.”

“Every single officer who carries a Taser is fully and professionally trained to do so,” Twist said. “This will be kept under constant review and if the risks our officers face can be mitigated by more officers carrying Taser, then of course that will be considered.”