No charges for a Chicago officer who fatally shot a teen, and accidentally killed a neighbor 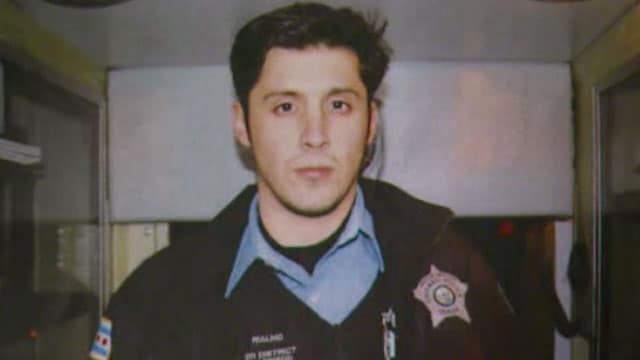 Prosecutors in Chicago decided Friday not to charge a police officer who shot and killed two people in late 2015, saying there wasn’t sufficient evidence to prove he wasn’t acting in self defense.

Officer Robert Rialmo and his partner responded to four 911 calls in the 4700 block of West Eerie Street around 4:30 a.m. on Dec. 26, 2015. Bettie Jones, 55, opened the door for the officers, and shortly after, 19-year-old Quintonio LeGrier came barreling down from the upstairs apartment with a metal baseball bat, according to a memo from the Cook County State’s Attorney’s Office. LeGrier continued to approach the officers with the bat over his head, eventually prompting Rialmo to open fire, shooting eight rounds from his Smith & Wesson 9 mm service weapon. LeGrier was hit six times, and Jones was shot once in the chest. They both died.

LeGrier, a sophomore at Northern Illinois University who was home for winter break, had called 911 three times before police arrived, and his father called once.

“I need to talk to an officer,” the 19-year-old told a dispatcher in the first call, according to the Chicago Tribune. “Someone’s threatening my life.”

“My son is attempting to break inside my bedroom door,” said the teen’s father, Antonio LeGrier. “He’s got a baseball bat in his hand right now.”

According to a memo from the state’s attorney’s office which outlined why it wouldn’t seek charges against Rialmo, “LeGrier wielded the bat in a threatening manner while in their close proximity. Under Illinois law, a baseball bat may be considered a deadly weapon.”

“When an individual acts in self-defense and accidentally kills a bystander, he is not criminally liable for the bystander’s death,” the memo continues, referencing the accidental killing of Jones.

Families of Jones and LeGrier refute the state’s attorney’s telling, claiming at least one witness saw Rialmo fire his gun while he was 14 feet away from LeGrier. According to the Chicago Tribune, the shell casings from Rialmo’s gun were on the sidewalk, supporting the families’ claims.

“There is absolutely no justification for the use of excessive force in that instance,” said Larry Rogers Jr., an attorney for the Jones family. “Bettie Jones was at her home. She was in her house. She was doing everything right that day. … To suggest this is a justifiable shooting is to ignore the objective evidence.”

In February of last year, Rialmo filed a countersuit against LeGrier’s family, citing extreme emotional trauma. In November, it was discovered that he’d been inadvertently placed back on patrol while the city investigated the fatal shooting. When the city realized the error, they placed him back on desk duty.

“I have always known in my heart that I did not do anything wrong,” Rialmo said in a statement released last week. “I wish that Mr. LeGrier would have been able to get help and treatment for his mental illness, and that the situation did not escalate to the point where I had no choice but to use deadly force.”

“The dispatcher did not recognize the call as one involving someone in crisis and did not ask questions that might have resulted in clues that it did; a crisis-trained officer was not dispatched to the scene; the officers did not use crisis intervention techniques; and the officers made tactical errors that resulted in the shooting death of a bystander who had simply opened her door,” reads the report.