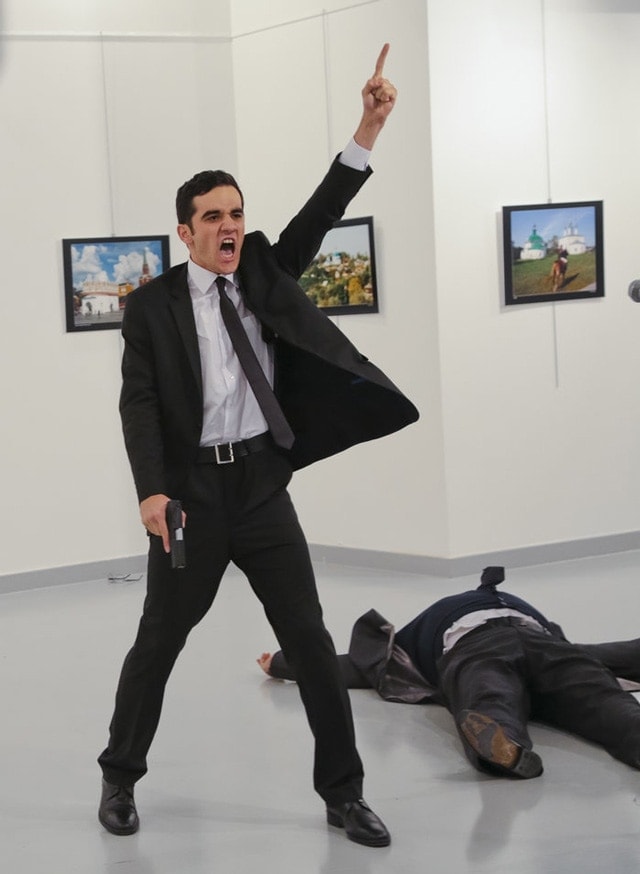 A photo that was the result of pure happenstance has earned the title of 2017 World Press Photo of the Year.

The photograph captured the moment after Russian Ambassador Andrei Karlov was shot dead by a gunman in an art gallery in Turkey on December 19, 2016. Burhan Ozbilici, a photographer for the Associated Press, said he just happened to decide to stop in at the gallery on his way home from work that day, not knowing he would witness – or capture – such an event.

Ozbilici said he was just feet from Karlov when the shooting happened.

“I remember thinking, ‘I might be killed or injured, but the Russian ambassador has been shot. This is very big news, so as a journalist it is my responsibility to stand and do my work,’” Ozbilici said. “Even if I was killed, there would still be photos.”

Those on the jury in charge of choosing the winning photograph said it wasn’t an easy decision.

“In the end we felt that the picture of the Year was an explosive image that really spoke to the hatred of our times,” said jury member Mary Calvert. “Every time it came on the screen you almost had to move back because it’s such an explosive image and we really felt that it epitomizes the definition of what the World Press Photo of the Year is and means.”

But not all agreed it was the best photo for the award.

Stuart Franklin, the jury’s chairman, expressed concern that “placing the photograph on this high pedestal” would essentially encourage similar events.

“To be clear, my moral position is not that the well-intentioned photographer should be denied the credit he deserves; rather that I feared we’d be amplifying a terrorist’s message through the additional publicity that the top prize attracts,” Franklin concluded.