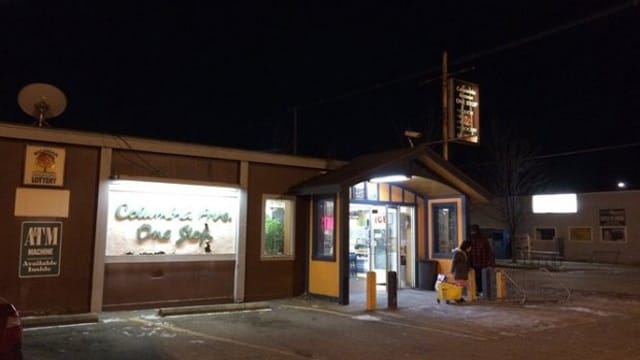 A 29-year-old man was shot by a customer inside a Holland, Michigan, convenience store Thursday night, but the store owner said he believes the man fired in defense of himself and the female clerk, who the injured man was assaulting.

The incident occurred around 10:25 p.m. when the man, who was described by store owner Jansen Le as the clerk’s ex-boyfriend, entered the store and an altercation between the two ensued. At some point, the man began assaulting the clerk and soon thereafter the armed customer entered the store and saw the assault.

The customer repeatedly told the man to stop beating the clerk, but the man then turned his attention to the customer and started assaulting him instead.

Eventually, the customer was able to separate himself from the man, pulled out a handgun and again warned the man to stop.

The customer fired two shots, striking the man. He was lying on the ground but still conscious when police arrived. The man was transported to the hospital but transferred to another hospital in critical condition.

The clerk and the customer were not seriously injured.

Police confirmed the armed customer has a valid Concealed Pistol License, was legally carrying his weapon and is fully cooperating with the investigation.