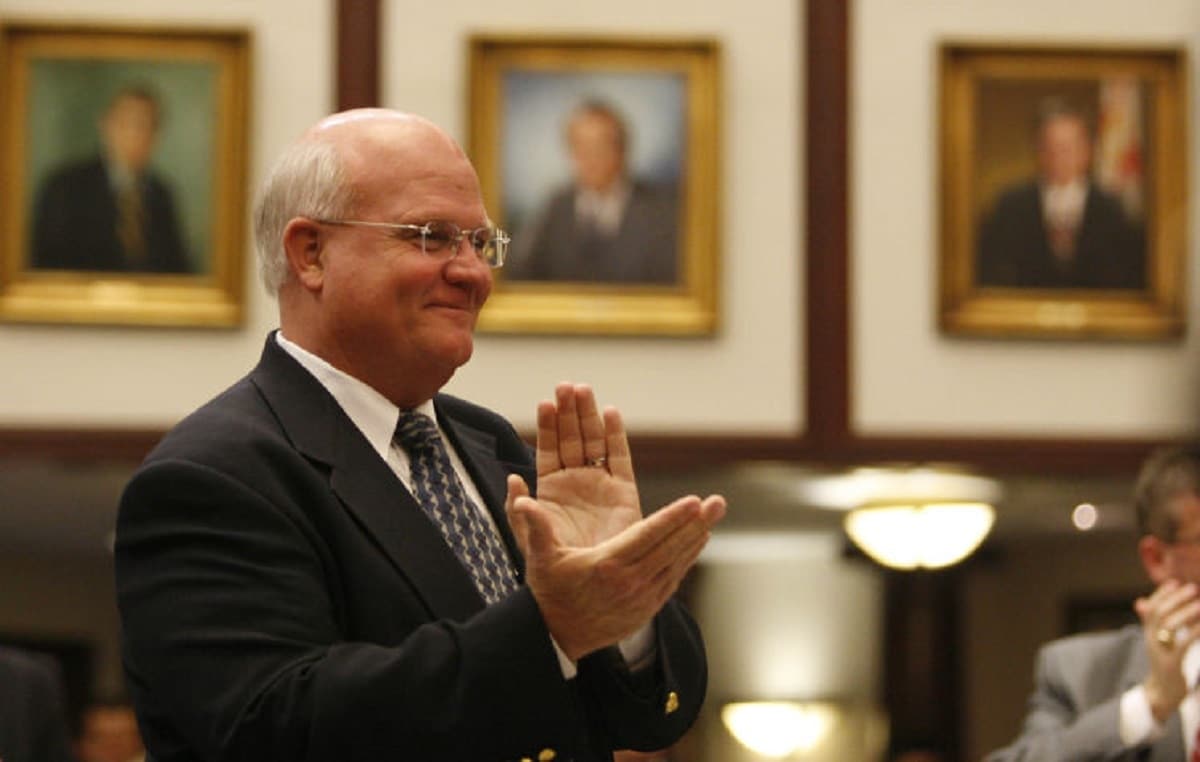 Sen. Dennis Baxley has filed a bill that would eliminate many gun-free zones in Florida (Photo: Tampa Bay Times)

Florida lawmakers proposed two companion bills this week aimed to do away with many gun free zones in the state.

The Tampa Bay Times reports that Rep. Hahnfeldt indicated that some locations would still have restrictions imposed by federal law, and private property owners could prohibit concealed guns at their discretion.

“Gun-free zones have been a failure,” Hahnfeldt said, and added such restrictions have made “businesses more susceptible to harm and damage by an ill-intended perpetrator.”

Hahnfeldt continued: “This gives these businesses and institutions an opportunity to better protect themselves, their place of business, their employees and their guests in the event of an unfortunate incident, so that maybe the next Pulse, the next Fort Lauderdale … may not happen.”

The Florida Coalition to Prevent Gun Violence — comprised of more than 120 local, state and national groups — swiftly expressed opposition to the bill.

Coalition co-chair Patti Brigham said: “These gun-happy legislators have gone too far. They are endangering the public, not protecting it.”

At least 18 gun-friendly bills have been filed by Republicans, including Sen. Greg Steube, many of which are related to expanding areas where gun owners can carry concealed weapons.

As of now, it remains unclear whether Sen. Baxley’s and Rep. Hahnfeldt’s bills will be considered in the legislative session beginning Mar. 7, as neither have yet been assigned to committees for review.