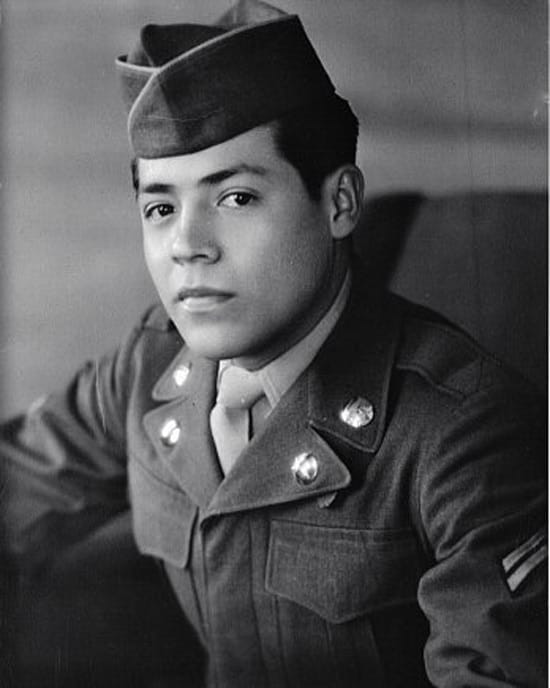 A reinterment ceremony was held Monday in San Antonio to bury the remains of a Korean War veteran who was missing for more than six decades.

Although Torres’ remains were not initially identified, a prisoner of war who returned to the United States reported that he believed Torres’ was captured alongside him and then executed. On March 3, 1954, with a lack of evidence to support otherwise, the U.S. Army declared Torres deceased.

However, unbeknown to military officials, Torres’ remains were recovered from a shallow grave soon after he disappeared, but the remains could not be positively identified at that time. On Dec. 20, 1950, those remains, named “Unknown X-331,” were buried at the Miryang United Nations Military Cemetery. The unidentified remains were later moved to the Tanggok United Nations Military Cemetery in February 1951. The remains were again moved to the National Memorial Cemetery of the Pacific in Honolulu and buried as “Unknown.” Cpl. Luis Torres, who went missing in September 1950, is carried by soldiers during a reinterment ceremony Monday. (Photo: U.S. Army)

Then, in May 2016, the remains were sent to a laboratory for testing. Two months later, with the use of circumstantial and anthropological evidence, as well as DNA analysis, the previously unidentified remains were determined to be those of Torres.

“Knowing that Cpl. Torres is finally home is a solemn reminder that we never forget a fallen comrade,” said Lt. Col. Teddy Kleisner, Commander, 1st Battalion, 23rd Infantry Regiment, 1-2 Stryker Brigade Combat Team. “Our unit takes great pride in knowing that the efforts of the Defense POW/MIA Accounting Agency made such closure possible for his family, and also for his comrades, past and present.”

Carlos Mendoza, Torres’ nephew, said those who knew his uncle described him as handsome, well-respected and hard-working. Mendoza, who also served in the Army from 1974 to 1994, said he never even knew about Torres until he was 30 years old, but once he found out about his uncle, set out on a mission to learn as much about him as he could by talking with those who knew him.

Currently, 7,764 Americans who went missing during the Korean War still remain unaccounted for.