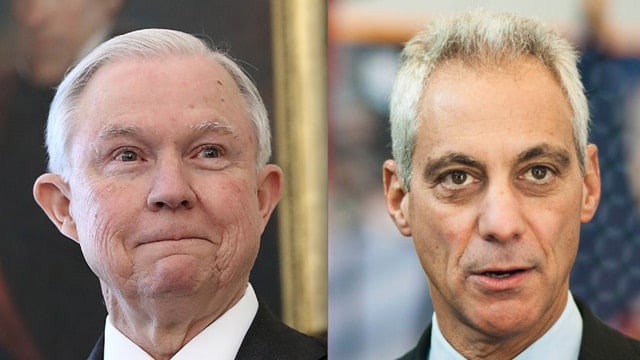 “On the FBI, DEA, ATF, send more agents [who] are permanently placed here in Chicago to cooperate and work with our Chicago Police Department. They do it in a number of areas today. But, we don’t have the full expanse of what we need to do the job and we have a good relationship with those three federal entities,” said Emanuel, according to the Sun Times.

“The purpose of my meeting was to go out and be very specific that, if you’re talking about federal help, this is what we mean by federal help,” said Emanuel. “From law enforcement cooperation and participation to investing in kids to prosecuting gun crimes to economic development in our neighborhoods.”

Last month, the Department of Justice released a scathing report under the previous administration which detailed how the Chicago Police Department has a broken system of accountability, poor training and supervision, and has violated the Constitution in its use of force. Emanuel signed an agreement to negotiate a consent decree which would work to fix those Constitutional abuses, but it’s not clear what will happen next, as Sessions is a vocal opponent of the consent decree process.