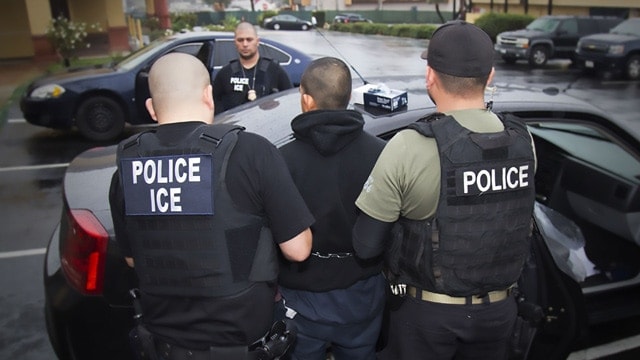 A dozen early-morning raids Monday in Santa Cruz County, California, led to the arrest of 11 suspected members of the MS-13 gang wanted on a number of charges and believed to be involved in shootings and murders in the area.

According to a press release by the Department of Homeland Security, 10 of the suspects who were arrested have been indicted on extortion and drug trafficking charges. More specifically, the defendants are accused of conspiring to threaten violence against drug dealers in Santa Cruz and those close to them in order to obtain property – including methamphetamine and money – from those drug dealers. Court documents allege the defendants then planned to distribute the methamphetamine for their gang’s own gain.

The raids, which were a corroborative effort between the U.S. Department of Homeland Security and local law enforcement, were the result of a five-year investigation and, despite rumors to suggest otherwise, were not immigration-related, Santa Cruz Deputy Police Chief Dan Flippo confirmed with Mercury News.

“We recognize the timing is unfortunate, but this is a federal criminal case that was five years in the making and has nothing to do with immigration,” Flippo said, adding that the investigation was recently “ramped up” because authorities had reason to believe there was a “significant threat to public safety.”

Flippo said they are very certain MS-13 members were involved in at least two homicides, as well as a shooting in Santa Cruz. Flippo also said those who were arrested have violent criminal histories and at least two firearms were recovered during the arrests.

The investigation started with the Santa Cruz Police Department, according to Flippo, but federal authorities became involved in the case after investigators discovered the connection to the notorious gang.