Three children fatally shot this past week in Chicago 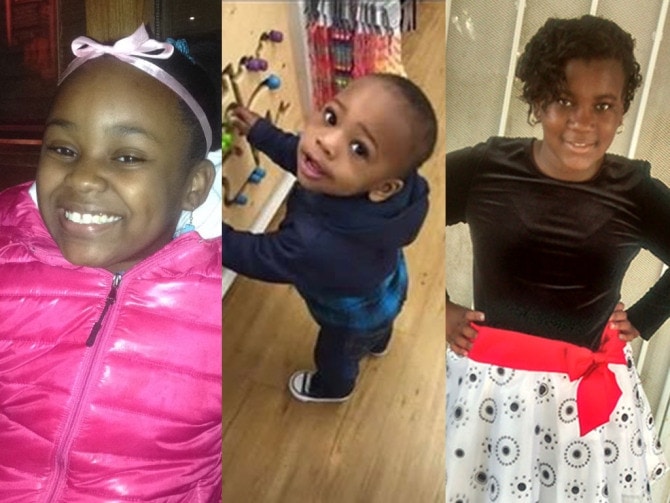 Takiya Holmes, 11, Lavontay White, 2, and Kanari Gentry-Bowers, 12, were all fatally shot this past week (Family photos via Chicago Sun Times)

Twelve-year-old Kanari Gentry-Bowers died in a hospital bed Wednesday night, the third child in two days to die from gunfire in the city of Chicago.

The Chicago Tribune reports that Gentry-Bowers died from a gunshot wound to the spine suffered Saturday night. Police are still investigating the shooting and do not have a suspect in custody.

Police have caught a break in the case of the shooting of Takiya Holmes, an 11-year old girl who was fatally shot in the head Saturday night just minutes after Gentry-Bowers was shot. Antwan Jones, the 19-year-old suspect currently in custody for the shooting, was reportedly trying to hit three rival gang members when he shot Holmes.

A two-year-old boy, Lavontay White Jr., was also fatally shot this week. Tuesday afternoon the vehicle in which he was riding was ambushed in a alleged gang-related attack.

White Jr. was one of five people to die from gunfire in Chicago on Valentine’s Day. At least seven others were wounded.

In a Wednesday morning news conference, Chicago Police Superintendent Eddie Johnson expressed frustration that so many repeat offenders keep making their way in and out of the justice system.

“While no arrest or jail sentence will ever bring back the lives or the sounds of laughter of these children, we owe it to them to help save the lives of others and pass this legislation,” Johnson said. “How many children do we need to lose before the promises made by certain legislators are kept? How many?”

Late Wednesday after her death, the family of Gentry-Bowers issued a short statement expressing love and gratitude for all the supporters.

“Please keep your children close and do whatever it takes to protect them from the senseless gun violence in our city,” the family said.