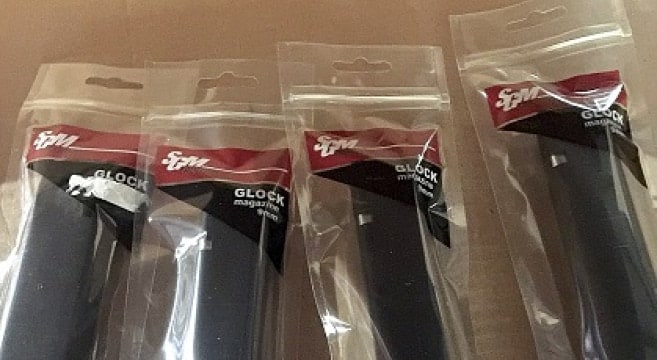 U.S. Customs and Border Protection authorities in Savannah have held up a shipment of magazines from Asia they contend violate Glock’s trademark.

In a release from CBP, the agency advised they had impounded a shipment container headed to Tennessee at the Savannah Port of Entry containing 591 cartons of pistol magazines. Authorities determined the Glock trademark on the packaging was unauthorized and in violation of the registered trademark, which led to the shipment– valued at $2.1 million according to the MSRP– to be seized.

“Counterfeiting is often viewed as a victimless crime. The theft of intellectual property and the trade in counterfeit and pirated goods threatens America’s innovation-based economy,” said Lisa Beth Brown, area port director of Savannah. “Seizures like this keep those goods out of the American supply chain—protecting our economy and consumers from potentially harmful products.”

The image released by CBP appears to show SGM Tactical branded magazines for Glock pistols. The company, known for their budget magazine offerings and aftermarket parts, is located in Knoxville, Tennessee. Guns.com reached out to SGM for comment on the magazines and will update this piece if one is received.