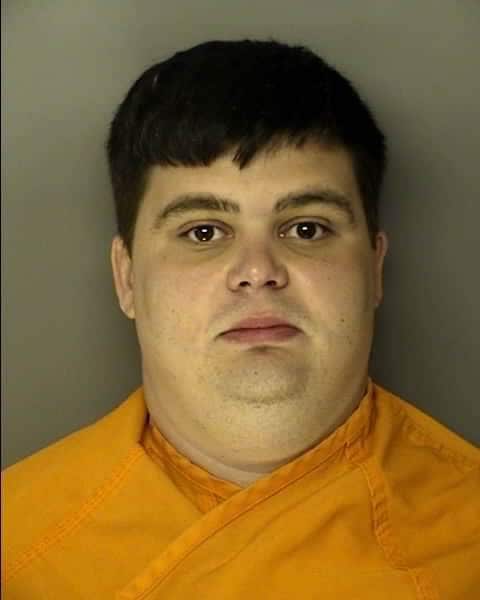 Benjamin McDowell, a 29-year-old felon and white supremacist, was arrested for buying a gun from an undercover FBI agent.

The FBI arrested a white supremacist with felony convictions for buying a gun from an undercover agent, the Justice Department announced this week.

Benjamin McDowell, 29, was arrested Wednesday in Myrtle Beach after buying a .40-caliber Glock and ammo from the undercover FBI agent for $109, according to the criminal complaint.

According to the agent, the firing pin on the gun had been filed down so it could not be used. McDowell had spoken to the agent of wanting to plan an attack “in the spirit of Dylann Roof,” who in 2015 killed nine people in an African American church in Charleston.

“I got the heart to do that shit,” McDowell said, “but I don’t have the good training.”

McDowell continued: “I seen what Dylann Roof did and in my heart I reckon I got a little bit of hatred and I…I want to do that shit. Like, I got desire…not for nobody else…it just…I want something where I can say, ‘I fucking did that’…me personally.”

McDowell told the agent he wanted to commit the attack outside of Horry County and did not want to get caught, but he didn’t have a specific place planned to attack.

Authorities started investigating McDowell after he threatened a synagogue on Facebook in December. Since McDowell had connected with white supremacists behind bars, Horry County Police had been keeping tabs on McDowell after he was released from prison on felony burglary charges a few years ago.

Then in January, McDowell posted a rant on Facebook complaining that fellow white supremacists needed more action and less talk.

“All they wanne (sic) do is stay loaded on drugs the Jews put here to destroy white man and they feast on the drugs. they should be Feasting on the enemy that stole their Heritage and their bloodline and trying to run us off of this Earth,” McDowell wrote. “if you ain’t got the heart to fight for Yahweh like dylann roof did, you need to shut the f— up.”

According to a statement from the U.S. Attorney’s office, McDowell is scheduled for a preliminary hearing on Feb. 21 in federal court.