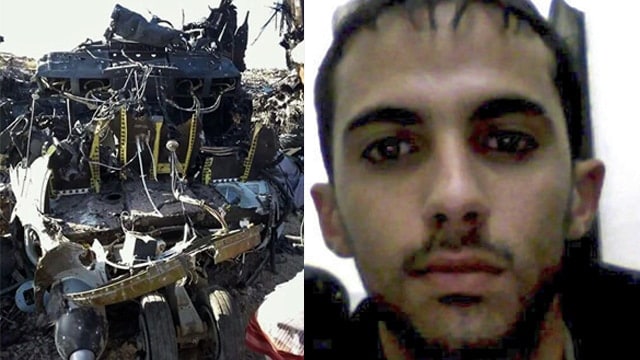 The $75 million MV-22 Osprey that had to be destroyed during the Jan. 29 raid (left), and a 2013 image of tribal chief Sheikh Abdel-Raouf al-Dhahab, an ally to the U.S. backed Yemeni government who was killed in the operation. (Photo: Associated Press)

A tribal leader allied with the American and Saudi-backed Yemeni president was one of the more than two dozen people killed in last month’s costly U.S. raid in Yemen, according to reports.

Sheikh Abdel-Raouf al-Dhahab had been enlisted by the Yemeni government to fight the Houthi rebels, a Shi’ite Islamist movement which ousted government leaders in 2015, and launched the country into chaos. The killing of al-Dhahab highlights the complexities of the two-year-old civil war, in which the government’s enemy mirrors al-Qaida’s — with both fighting against the Shi’ite’s. Al-Qaida in Yemen has used the conflict to recruit people angry with U.S. airstrikes, while simultaneously building ties with the country’s many tribes.

According to the Associated Press, U.S. Central Command said 14 al-Qaida militants were killed in the Jan. 29 raid in the small village of Yakla. Al-Dhahab and his brother, Sultan, were included in that count. But locals say U.S. intelligence is flawed.

“If you want to hunt al-Qaida, you can find them in the surrounding mountains not in this small village … The Americans’ information was wrong,” Aziz Mabkhout, the village chief, told the AP.

Sultan appeared in a public ceremony which sought to oust al-Qaida from the Bayda province, a ceremony that aired on Yemeni TV in 2013. And al-Dhahab returned to Yakla the day before the raid, after five days of talks with the Yemeni government’s military, in which he secured the equivalent of $60,000 to pay the 800 tribal fighters he was commanding against the Shi’ite rebels.

All of this again raises questions about the planning that went into the U.S.-led operation, which was President Trump’s first authorized military raid — one that’s been called a success by U.S. officials, and a failure by officials in Yemen.

One Navy SEAL, 36-year-old William “Ryan” Owens, was killed in the raid. Six other American soldiers were injured, and a $75 million aircraft had to be destroyed after it landed hard, and couldn’t be recovered. At least 25 Yemenis were also killed – ten of them children, and nine of them women.