Man fatally shot after kicking in door to Illinois home 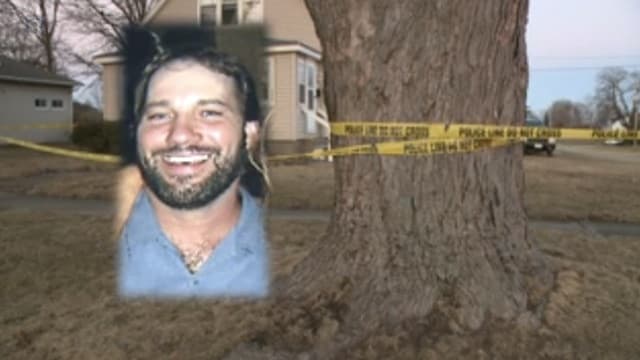 Wyatt Scott was killed at a home in Kewanee on Sunday and his brother-in-law said it was a set-up. (Photo: WQAD)

Authorities in Illinois are investigating a fatal shooting that occurred at a home in Kewanee Sunday afternoon.

The resident who fired the fatal shot said he did so in self-defense, while the deceased man’s family told reporters they believe it was a set-up.

Police received a 911 call from the resident, Michael T. Evans, 44, around 3:45 p.m. Evans told the dispatcher he shot 41-year-old Wyatt J. Scott after he forced entry into the home by kicking in the door.

Officers arrived a short time later and Scott was transported to the hospital where he was pronounced dead. The Henry County Coroner confirmed Scott died from a single gunshot wound.

No charges have been filed against Evans at this time, but the investigation is still ongoing. State Police Lt. Chris Endress, the commander of the Henry-Mercer Investigative Task Force in charge of the case, said the investigation will be “very detailed” and take some time to complete, according to a report from the Star Courier.

Scott’s family said he and Evans were acquainted and have had an ongoing dispute for some time. Additionally, according to Scott’s brother-in-law, Laman Sauer, Scott’s wife and children were at Evan’s home when the shooting occurred. Sauer believes Scott was lured to Evan’s home, then killed. Sauer said it’s not in Scott’s character to do something like kick in the door. However, Evans’ home is equipped with an outside security camera which Sauer hopes will give some insight into what occurred that day.

Endress said they are aware of those details and they have received tips and information from many people. He said they are just working hard to find the truth.

“We hope to present a very detailed, thorough investigation to the state’s attorney to review,” Endress concluded.

Scott’s family hopes an arrest will be made soon.