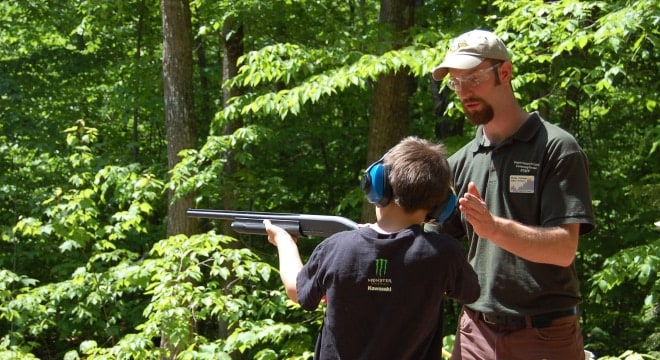 Massachusetts is just one of two states that do not have shooting sports as part of their 4-H program and that isn’t changing anytime soon. (Photo: University of Maine Cooperative Extension)

The University of Massachusetts Amherst, in charge of the state’s 4-H program, rejected an initiative to offer shooting sports to youth in the Commonwealth.

4-H has been in Massachusetts for over a century but it is one of just two states— the other being Rhode Island– that does not participate in the organization’s shooting sports program. While the Massachusetts Division of Fisheries and Wildlife guaranteed start-up funds of $60,000 for three years to expand the offering to the state, UMASS felt the program wasn’t right for them and is going their own way.

“Rather than focus limited resources on shooting sports only, the university is actively exploring development of a more broadly based program that includes instruction in hunting, fishing and conservation as part of our youth development activities,” said Ed Blaguszewski, a university spokesman. “The hunting aspect of the program would include the basics of gun safety and the shooting sports.”

Backing away from the program, which would have provided services to as many as 1,000 youth at 50 locations in the state, left volunteers and pro-gun groups dismayed.

“It’s disturbing to think that our Massachusetts state college system would not support a highly successful program run by 48 other state colleges across our nation,” said Mandy Deveno, a Massachusetts 4-H volunteer. “It’s clear that UMass doesn’t want to be associated with the positive use of firearms.”

“This move by UMASS makes absolutely no sense,” said Wallace. “The only reason to avoid implementing this program is because UMASS has a social bias against gun owning families and their children.”

4-H was founded in 1902 and is administered by the U.S. Department of Agriculture via state extension services. The youth development program currently has over 6 million enrolled across 90,000 clubs nationwide. As noted on their site, the 4-H shooting sports program is designed “to teach good self-concept and character, and to promote the highest standards of safety and ethical behavior.”