Republican signs on for bipartisan investigation into Russian hacking of U.S. elections 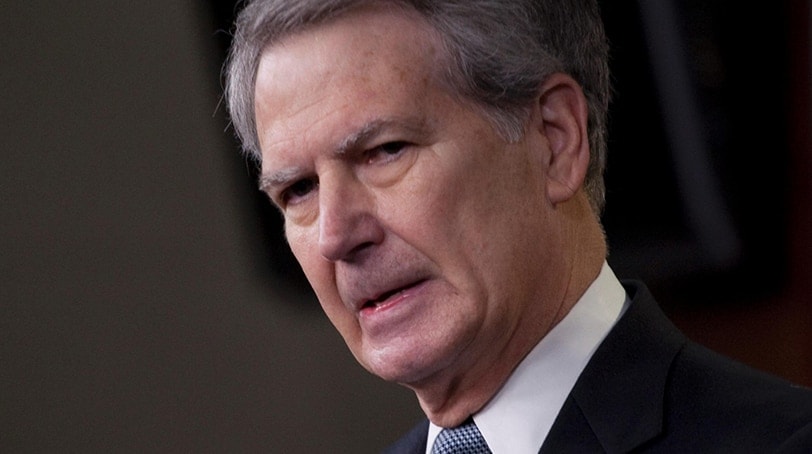 The first House Republican signed on as a co-sponsor Friday to legislation calling for the formation of an independent committee to investigate alleged Russian involvement in the 2016 presidential election.

Rep. Walter Jones, R-N.C., was praised by fellow lawmakers across the aisle for being “brave enough to do the right thing.”

“We expect more will follow in his patriotic footsteps and demand a commission that can fully examine the circumstances, inform the public of its findings, and develop a plan to prevent this from ever happening again,” said California Democrat Rep. Eric Swalwell in a statement.

Swalwell, along with Rep. Elijah Cummings, D-Md., introduced the Protecting our Democracy Act, which was referred to the House Committee on Foreign Affairs last month and is similar to several other bills circulating in the congressional chamber, though it has the largest list of co-sponsors.

With 197 Democrats co-sponsoring the bill, it has come as no surprise to politicos that Jones would break Republican ranks, as he’s known to do from time to time, The Hill reported.

“The dam has cracked,” Swalwell said, as reported by the Washington Post. “This is the first time any of them have done anything on Russia with us. … The Republicans who have been on the sidelines wanting to get on the field, but a little nervous, they don’t have to be the first Republican. There’s a Republican on board.”

Despite attempts by Democrats to tie his administration to Russia, President Donald Trump during a nearly hour-and-a-half-long press conference Thursday shrugged off related questions, calling such attempts a “ruse.”

“I have nothing to do with Russia,” Trump said. “Haven’t made a phone call to Russia in years.”

Despite this, the intelligence community has confirmed that Russia hacked the Democratic National Committee during the election and leaked information to the press. Reports also surfaced showing that although Republicans were also hacked, leaks disproportionately negatively affected the Democratic nominee.

Amid the recent turmoil surrounding the Trump administration and alleged ties with Russia, Trump’s national security adviser, Michael Flynn, recently resigned over a December phone call he made to the Russian ambassador regarding sanctions. Trump said he was asked to resign because he misled the vice president about the substance of that phone call.

As lawmakers and the media scramble to piece the puzzle together, the Trump administration has to decide how it will now deal with Russian aggression toward the U.S.

When asked Thursday what he will do about a Russian spy ship some 30 miles off the Connecticut coast, where the U.S. manufactures nuclear submarines, Trump said he wouldn’t say.

“I’m not going to tell you anything about what I do. I don’t talk about a military response,” he told reporters.

The comments call not too far back to a strategy the administration adopted of not telegraphing its offensive moves.