Bill filed to bring South Korean M1s back from overseas 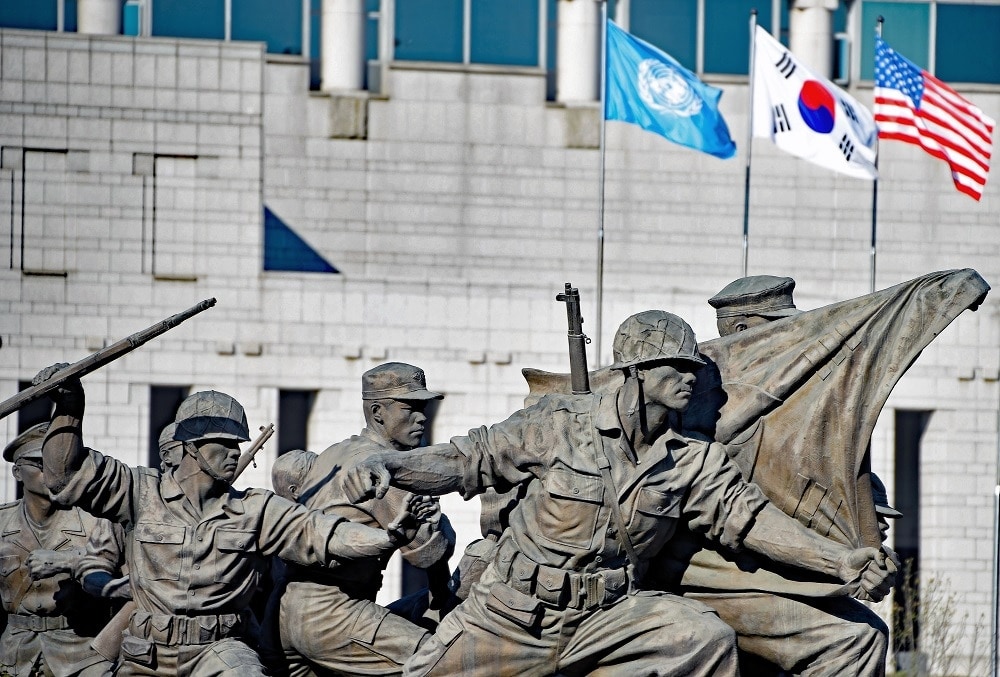 The United Nations, Republic of Korea and U.S. flags fly in the background of a statue depicting Soldiers armed with M1 rifles fending off a North Korean attack during the Korean War outside the War Memorial of Korea in Seoul. (Photo: U.S. Army)

The legislation comes as the latest installment in an effort by Republican lawmakers to change the 2009 decision to block the importation of no less than 87,000 rifles donated to South Korea and now surplus to that country’s needs.

“These M1 models represent a significant piece of our military history and should be available to collectors in America to the extent that other legal firearms of the same make are routinely bought and privately owned,” said bill sponsor, U.S. Rep. Doug Collins, R-Ga., in a statement. “The State Department has no right to restrict Second Amendment liberties. Its policy is unnecessarily restrictive and puts a double-standard on these weapons, which originated within our borders.”

Collins’ bill, the Collectible Firearms Protection Act, has been filed as H.R. 1137. It would amend the Arms Export Control Act to allow selected U.S. made firearms listed as curios or relics to be brought into the country by a licensed importer without having to first garner the blessing of the Departments of State or Defense. Though narrowly tailored to the South Korean M1s, it would also allow similar repatriations from other countries.

The guns at the heart of the controversy were furnished by the U.S. to South Korea for military purposes more than a half century ago and are both collectors’ items and popular rifles for use in marksmanship competitions.

In 2014, firearms importer Century Arms laid off 41 employees after the $30 million deal with the Korean government for surplus M-1s fell through due to a 2013 presidential executive order reaffirming the State Department’s stand on the veteran military rifles. At the time, the White House contended the vintage firearms “could potentially be exploited by individuals seeking firearms for illicit purposes.”

Collins’ measure has the early support of the National Rifle Association.

“M1 Garand rifles and M1 carbines are highly sought after collectibles, and for far too long they have been used as political pawns to restrict Second Amendment rights,” said Chris Cox, executive director of the NRA’s Institute for Legislative Action.

The proposal has been referred to both the House Ways and Means and Foreign Affairs committees.