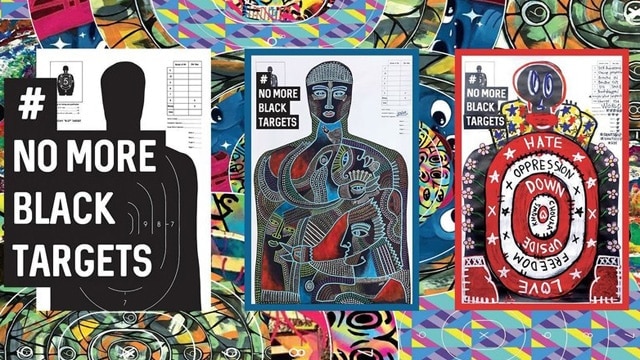 A petition started last month is aiming to rid the world of the black silhouette targets most often used for target shooting because the campaign claims the targets contribute to trigger bias and gun violence.

The No More Black Targets campaign points to statistics showing young black men are three times more likely than white men to be shot by trained shooters. The campaign makes what they call “a disturbing potential correlation” between those statistics and the most popular training targets being the black silhouette.

The group, which is calling for the black targets to be banned, also claims that 69 percent of black men shot between 2015 and 2016 were non-violent and unarmed. They say unconscious bias is deadly and is contributing to gun violence. The group also points to research from the University of Illinois that concluded people are more likely – and quicker – to fire at black targets compared with white targets.

“The campaign seeks to eliminate the use of these targets, forever. In shooting ranges, in permitting and instruction environments, anywhere someone is learning to use a firearm,” the petition calling for the ban reads.

The group plans to deliver the petition to the International Association of Law Enforcement Firearms Instructors. Thus far, the campaign has gathered 229 of the 500 needed signatures.

The campaign also came up with some alternative designs which, they say, show greater diversity. Additionally, those who support the campaign can go to the No More Black Targets website to design their own target “where there is more paint and less hate.”

In 2015, a Pennsylvania lawmaker unsuccessfully sought to ban the same targets, claiming the use of human silhouettes perpetuated violence.