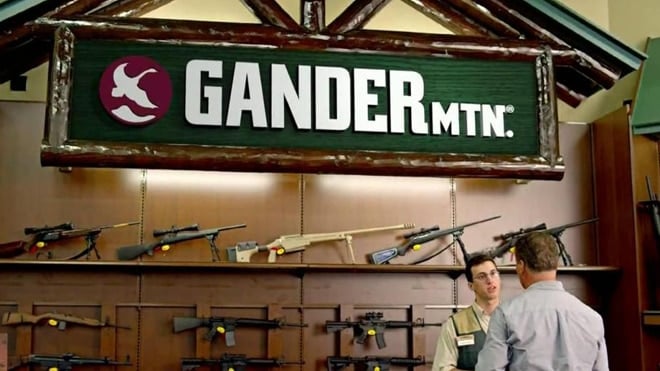 The gun section inside a Gander Mountain retail shop.

Gander Mountain neither confirmed nor denied rumors that it is filing for bankruptcy protections, but rather cited company policy not to comment on business affairs.

“Unfortunately, recent speculative news articles have caused concern among some of our customers, employees and trade partners, and require us to make a rare exception,” Gander executives said in a press statement.

They added the company had “undertaken a best practices approach to review our strategic options specific to positioning the company for long-term success.”

Although the statement did not mention “bankruptcy,” the company was responding to rumors that surfaced after Reuters reported last week that the retailer had been preparing to file this month.

Sources close to the matter told the news service that the retailer is working with financial advisory firm Lighthouse Management Group and law firm Fredrikson & Byron PA as it gets ready to file for bankruptcy.

Gander bills itself as “America’s Firearms Supercenter,” has faced challenges capitalizing on the booming gun market during the Obama Administration, Reuters reported. The company has even teamed with gun rights groups to offer exclusive discounts and deals to members of those organizations.

Last year saw an 11 percent increase in gun sales, according to data from the federal background check system reviewed by Guns.com.

The company led an aggressive expansion across the country, announcing the opening of 60 new stores since 2012. The company has a $30 million loan, and revolving credit lines for $25 million and $500 million, according to Thomson Reuters data. It is not clear how much money in the credit lines Gander Mountain has yet to draw down on.