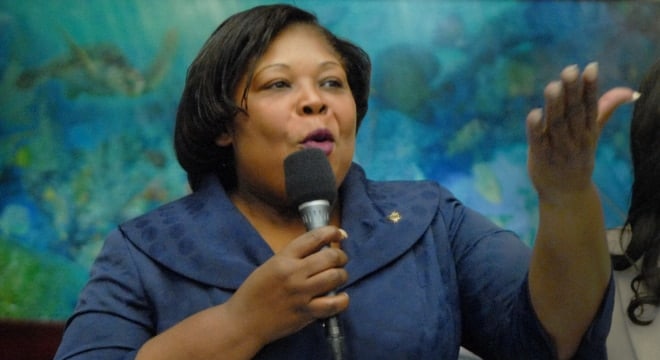 A Miami Democrat submitted a bill last week requiring a psychological evaluation for those seeking a concealed handgun permit in Florida.

The measure, SB 956, would mandate that applicants undergo a mental health screening conducted by a psychologist or a psychiatrist and be determined to be of competent and of sound mind. The measure’s sponsor feels the bill is needed due to the Fort Lauderdale-Hollywood International Airport shooting by an Alaskan man with mental health issues.

“Everybody’s talking about gun violence, but what do we do about it?” said state Sen. Daphne Campbell as reported by the Miami-Herald. “We have to do something. … It’s crucial. People’s lives are in jeopardy. How are we going to protect our people? That’s why I add this piece to make it harder and stricter on people who want to get a gun permit.”

Under current Florida law, applicants for concealed carry permits need to meet citizenship and age requirements as well as attest that they do not have a “physical infirmity which prevents the safe handling of a weapon or firearm.” The law also bars those who have been committed to a mental institution unless the applicant has a certificate from a licensed psychiatrist that they have not suffered mental illness in the past five years.

Beyond this, background checks and a firearms training requirement are on the books.

The state currently has 1,707,116 active licenses as of the end of January and another 200,000 permits issued for commercial purposes such as to security guards, bounty hunters, and private detectives– the most of any state.

If successful, the legislation would set a higher bar for civilians than for police and corrections officers in the state. While some departments require mental health screenings as policy, it is not mandated by law although a measure to require pre-employment psychological evaluations and every four years subsequently was submitted in the state House.

Traction on Campbell’s bill is likely to be elusive as Florida’s legislature is Republican-heavy and any bill would have to earn the signature of Gov. Rick Scott, a Second Amendment stalwart.