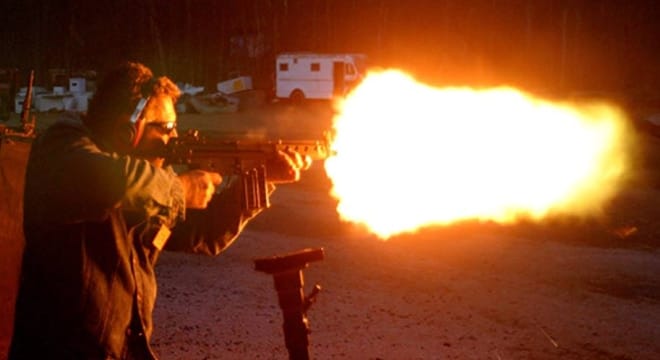 A “We the people” petition for the federal government to repeal the National Firearms Act closed Sunday with a quarter million signatures, while one to scrap the machine gun ban narrowly failed.

Both petitions to the White House for gun reform started on President Donald Trump’s inauguration day and ended on Feb. 19.

The more popular of the two, “Repeal the NFA” seeking to do away with the National Firearms Act of 1934, garnered 254,314 signatures. There were over 4.4 million NFA items of all types listed on the National Firearms Registration and Transfer Record (NFRTR) as of Feb. 2016 including destructive devices, machine guns, suppressors, and short barreled rifles and shotguns.

The second, to “Repeal the 1986 Hughes amendment,” the law which bans new production of machine guns for civilians, picked up 97,837 signatures.

Each petition needed 100,000 signatures to earn a response from the White House and had to reach that goal by midnight Sunday.

The petition effort has been publicized by a number of those well-known in Second Amendment circles including NRA commentator Colion Noir, the Military Arms Channel and the IV8888 crew.

As the NFA itself is a package of laws, a repealer would generally have to begin in Congress and work its way through the legislative process to reach the White House for signature by the President.

While the Hughes repeal petition did not reach its goal for a response, a Change.org petition started by David Johnson of Cleveland, Alabama in January aims to call upon U.S. Rep. Thomas Massie, R-Ky, for the Second Amendment Caucus to review the machine gun restriction. That effort has received 10,404 supporters.