Trump doubles down on Sweden comments amid backlash 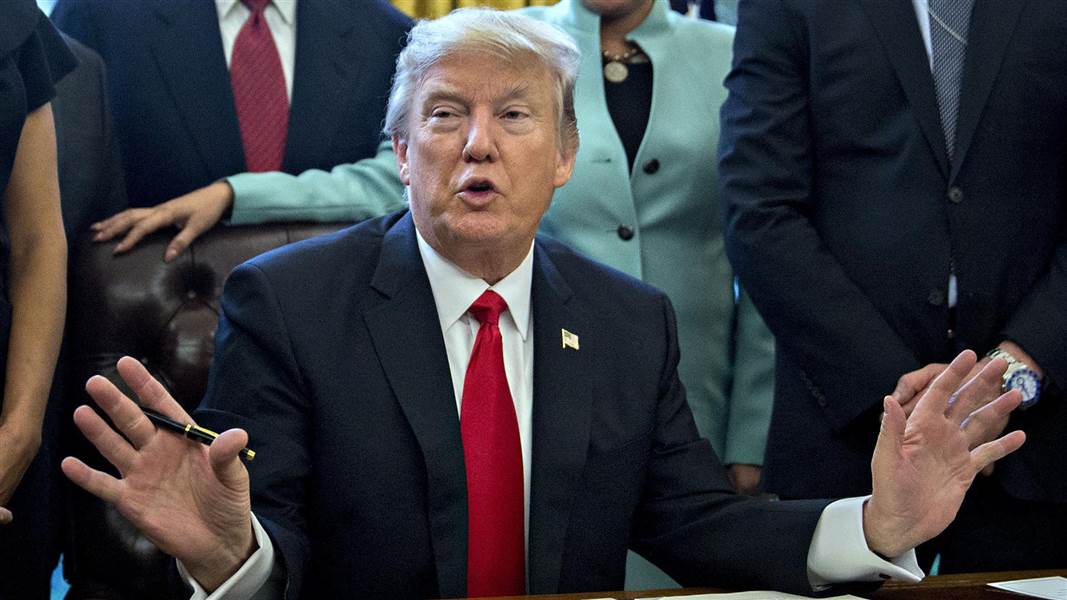 President Donald Trump doubled down Monday on his comments regarding Sweden, reasserting his claim that refugees have caused a rise in crime and terror in the Scandinavian country.

Give the public a break – The FAKE NEWS media is trying to say that large scale immigration in Sweden is working out just beautifully. NOT!

On Sunday, Trump had tweeted clarification regarding comments he made at a Saturday rally in Melbourne, Florida. The rally comments seemed to imply there had been a terror attack in Sweden Friday night when no such attack had occurred, but Trump clarified in the tweet that he was referring to a Fox News story on immigrants and Sweden.

My statement as to what's happening in Sweden was in reference to a story that was broadcast on @FoxNews concerning immigrants & Sweden.

The referenced story has been traced back to a Friday evening episode of Tucker Carlson Tonight in which Carlson interviewed filmmaker Ami Horowitz. In the interview, the filmmaker discusses his recent film that tries to connect rising immigration with rising crime rates in Sweden and argues Swedish police have been covering up crimes committed by migrants.

According to The Hill, both police officers featured in the film, Anders Göranzon and Jacob Ekström, have since come out to say they are misrepresented by Horowitz.

“It was supposed to be about crime in high risk areas,” Göranzon told the paper. “Areas with high crime rates. There wasn’t any focus on migration or immigration.”

“This is bad journalism,” he added.

“It feels like hell,” he continued. “The real questions should be shown along with our answers. We don’t own the rights to the film, but the end of the result is that we don’t want to talk to journalists after this. We can’t trust each other.”

Reuters reports that official statistics show Sweden’s crime rate has fallen since 2005, even as the country has taken in hundreds of thousands of refugees from worn-torn countries in the middle east.

Sweden’s embassy in the U.S. added, “We look forward to informing the U.S. administration about Swedish immigration and integration policies.”