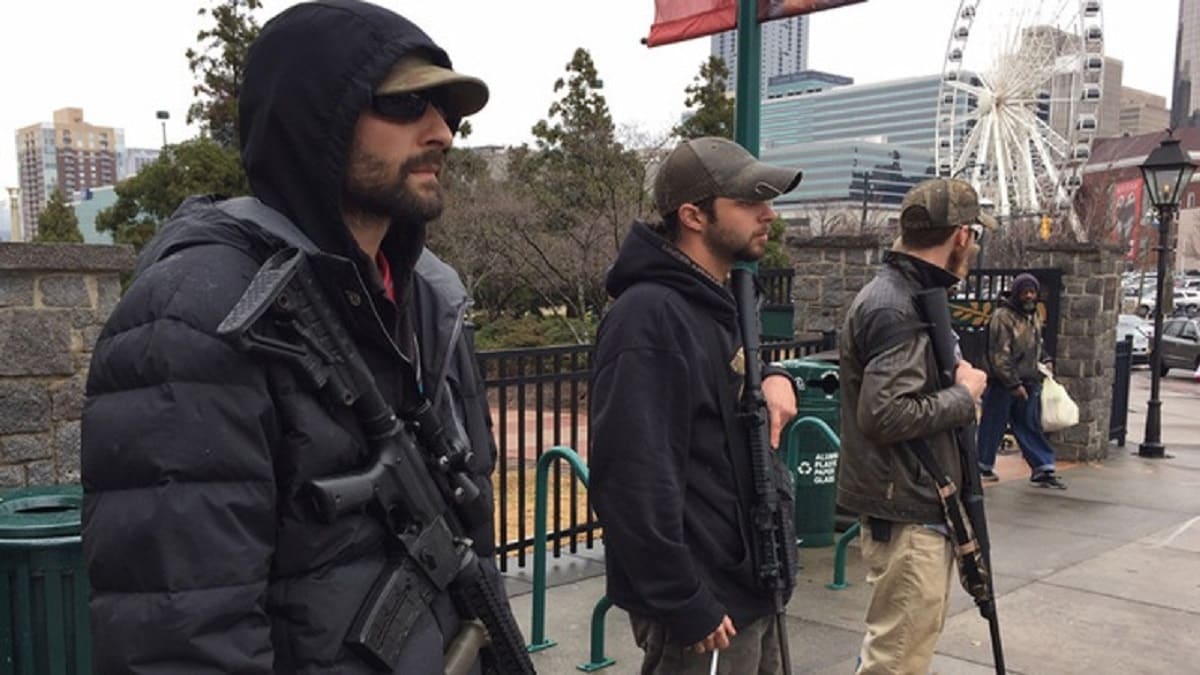 Gun rights advocates took to the streets of downtown Atlanta Saturday to rally in support of President Donald Trump.

The crowd met outside Centennial Olympic Park across from the CNN center and included members of local militia group III% Security Force, who were carrying firearms and told WSB-TV they were there to protect the Trump supporters.

“We’re using our Second Amendment rights to protect the First Amendment rights,” militia member Chris Hill said. “Throughout the day we’re going to have more people, more Trump supporters come to this corner, showing their support for President Trump. We are going to make sure that these people are safe and have the right to have their voices heard without fear of violence or intimidation from any opposing groups.”

Hill said that protesters opposing Trump had been circling the block and that they were there to make sure things stayed peaceful between the two groups.

“We want to make it known that this is a peaceful event and we’re going to do everything in our power to make sure that remains the case,” he said.

Hill said he expected around 20-30 people at the event, as a permit would have been required for more than 35 people.