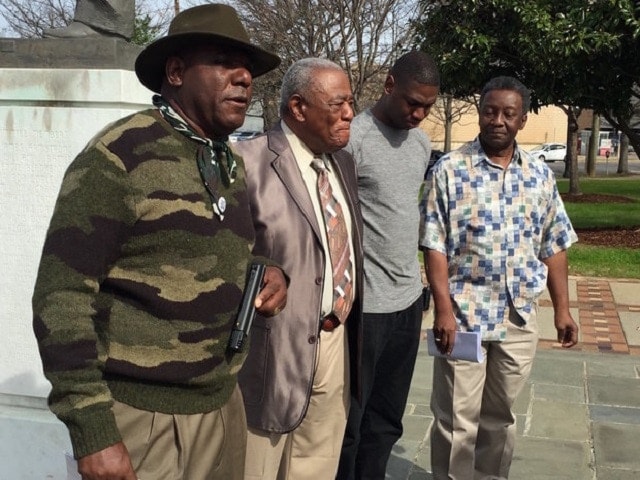 AL.com reports OVL President Frank Matthews was there to push a proposed piece of legislation known as the Sheri Williams Mandatory Gun Changes Act, named for a woman who was shot and killed by a stray bullet in 2013.

“We’re not against gun rights… [but] demand accountability and responsibility of gun owners,” Matthews said.

Rep. Rogers also voiced support for the proposal and said he would try to draft a passable gun reform law.

“I’m begging the law enforcement agency to come out and fight these gun laws,” Rogers said. “We need to stop the proliferation of guns.”

The proposed measure would reportedly make the following 12 changes to gun laws in the state:

Leader of a local neighborhood organization, Robert Walker spoke of the gun violence problem in his community, saying gunshots were so common people hardly got up to look anymore. Walker, a concealed carry permit holder who carried his handgun at the meeting, argued gun owners should support stricter gun laws and stiffer penalties for gun criminals.

While holding Walker’s gun, Matthews also talked about a recent shooting in which a gun transaction organized through Facebook went deadly wrong.

Isaiah Johnson, 17, and his friend Tavares Floyd planned to rob a third unidentified person, who reportedly shot and killed Johnson.

The unidentified shooter was not charged with a crime. Instead, Floyd was charged with the murder even though he didn’t pull the trigger, due to an Alabama law that states a person can be charged with murder if involved in a felony that results in death.

Matthews called on the Jefferson County District Attorney’s Office to investigate and arrest the individual who pulled the trigger, arguing the individual was a prohibited possessor due to being a teenager.

Sen. Rogers plans to discuss the Sheri Williams Mandatory Gun Changes Act with other lawmakers in Montgomery on Tuesday and urged anyone with gun law ideas to contact him.