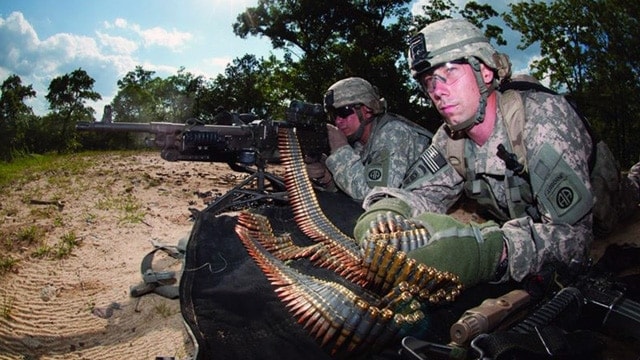 The U.S. Army is getting a faster, more accurate and easier to use system for managing its ammunition.

The Standard Army Ammunition System is what the Army uses to manage and control its ammunition supply. A new update to the SAAS improves cyber-attack resistance for the system, gives higher-ups access to more timely ammo data, and provides easier functionality for soldiers on the ground, according to a report from the Department of Defense. It’s the first large scale overhaul of the system in 20 years.

“The fundamental processes will not change, however, there will be inherent benefits,” said Logistics Management Specialist Paul Campbell, according to the Army.

Cloud computing will give the Army near real-time updates of ammunition levels, and the information can be “rolled up at the highest levels,” according to Ricky Daniels, of Logistics Information Systems. Daniels helped update the system and said managers and planners will be able to see what ammunition is needed when and where.

The system’s interface will also be easier to use.

“It allows soldiers to undertake their day-to-day missions at a faster pace, and they don’t have to do the manual things necessary with the prior version of SAAS,” said Daniels.

The update will also streamline the ammo purchasing process by better projecting ammo supply needs, which will save the Army some money.

The SAAS update is being rolled out worldwide bit by bit, and is expected to be fully implemented in July.

The system was first introduced in the 1980’s, and an entirely new management system is expected to be implemented in the next several years.