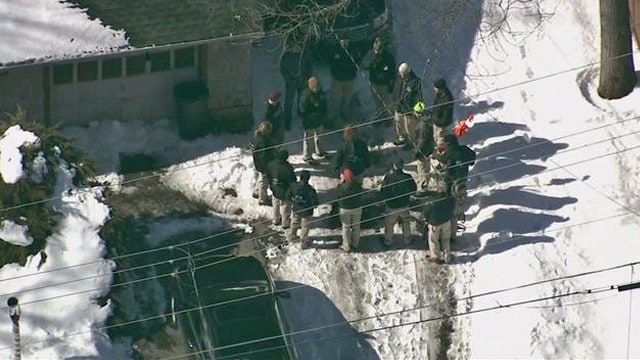 An investigation into a kidnapping in a Boston suburb led federal agents to discover a gun trafficking operation, according to court documents filed last week.

Mukunda Znajmiecka, who was the subject of a botched robbery last year, offered to give authorities information on an accomplice connected to the operation in exchange for help on an unrelated charge.

According to a criminal complaint filed last week, the kidnappers pistol whipped Znajmiecka, took a black 9mm semiautomatic handgun from him, and made him lie on the floor of a black Honda sedan — at the feet of Sedrick Oliveira, one of the kidnappers. They told him he was going to die before calling his girlfriend and demanding between $50,000 and $100,000 in ransom.

But as the kidnappers drove from suburban Brockton to Quincy and back again, Brockton police recognized the vehicle from a shooting a couple months earlier. As officers followed the black sedan, the driver, Yesinia Diaz, tried to evade police. She pulled into a driveway and three of the kidnappers bailed, leaving Diaz and Znajmiecka in the car. Police found a .38-caliber Smith & Wesson revolver in the vehicle, as well as drugs and other evidence. They arrested Diaz, and a bloodied Znajmiecka escaped with his life that day.

Znajmiecka admitted to police that he’d been selling marijuana, but denied he had a gun when he was kidnapped. Days later, police arrested Oliveira and found the black 9mm semiautomatic handgun in his hotel room. In November, police asked Znajmiecka if he recognized the gun, but he said he didn’t.

Earlier this year, Znajmiecka went to authorities with information about an accomplice, hoping to get some help in return on an earlier, unrelated charge. Znajmiecka said the accomplice was selling cocaine and heroin in “trafficking amounts, had served in the Marine Corp, always carried a handgun, and owned several other firearms because (he) had a firearms license issued out of Connecticut,” according to the complaint.

Upon further investigation, authorities learned that the unnamed accomplice had at least 39 firearms registered to him in Connecticut — 29 handguns and 10 long guns. They also learned that he hadn’t been issued a firearms identification card or license to carry anywhere in Massachusetts, despite living there for nearly a year. An ATF trace of the guns registered to the accomplice in Connecticut returned a match to the 9mm handgun recovered in Oliveira’s hotel room — the gun Znajmiecka denied having the night he was kidnapped.

Accomplice: They fucking told me that they recovered the gun in Stoughton.

Mukunda Znajmiecka: Yeah, did you tell them that you didn’t…that your shit got stolen? And you just haven’t reported it yet?

Accomplice: And I, I told them that I lost it…It’s the one I fucking gave to you.

Mukunda Znajmiecka: Yeah, I know you’re, I was, uh, uh, you know, we already talked about that. Yes. So what else did they say?

Accomplice: They were looking for the fucking guns!

Mukunda Znajmiecka: They were looking for the guns?

Accomplice: Yeah! I don’t know what the fuck.

Znajmiecka, a felon, is being charged for possession of the 9mm semiautomatic handgun, and more charges could be on the way. The FBI says a large search Friday in Brockton, south of Boston, was related to the investigation.

Znajmiecka has a lengthy rap sheet, according to authorities. He’s due back in court on March 8.