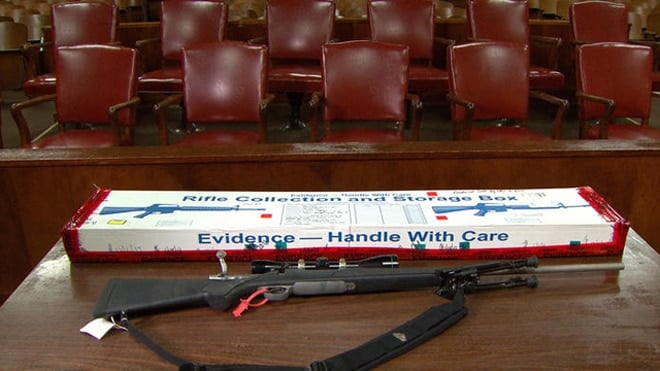 Remington Arms issued a blow-by-blow response to a 60 Minutes piece showing the dangers of an infamous trigger mechanism featured on the Model 700 hunting rifle.

During Sunday night’s broadcast the news show highlighted two anecdotal accounts in which the bolt-action rifle was handled in a seemingly ordinary fashion before discharging unexpectedly and killing someone.

Despite thousands of complaints and at least 150 lawsuits detailing similar experiences, Remington maintains its rifles are safe and says 60 Minutes failed to provide “complete and accurate” information.

The first account focuses on the death of 11-year-old Justin Stringer who was killed when his older brother Zac loaded a hunting rifle at the family’s Mississippi home in 2011. Zac said he was just trying to scare Justin by chambering a round but a short time after he did he moved the rifle, causing it to discharge and strike Justin in the head.

Zac, who is serving prison time for the incident, insists that the gun “went off by itself.”  He, his family and the state prosecutor told 60 Minutes that if they had known about the alleged defect they would have considered it during Zac’s trial.

Remington defended itself against the connection, saying the rifle in question was equipped with an XMP trigger. While it has been the subject of a recall, the mechanism was only proven to discharge unintentionally in cold weather conditions.

“The rifle was indisputably not being used in cold weather conditions when it was being handled by Zachary Stringer inside his home in Mississippi in June of 2011,” the company’s statement says.

The company also places more weight on Zac’s actions rather than the rifle, citing conflicting statements the then 15-year-old gave to investigators and describing the firearm as “in good working order.”

The second account examines the death of 16-year-old Jasmine Thar outside her home in Chadburn, North Carolina, in 2011. The random shooting occurred when a neighbor removed his Model 700, which he thought was unloaded, from a case while inside his bedroom. The bullet traveled through his window, across the yard before passing through Jasmine’s sister’s shoulder and striking Jasmine in the heart.

In a deposition, the neighbor, James Blackwell, a hunter and former Marine, couldn’t explain how the rifle went off as he did not pull the trigger. However, Remington says the safety was in the “off” position and that Blackwell told investigators “I must have bumped the trigger.” Blackwell was not prosecuted for the shooting.

The Remington 700 is at the center of a class action case awaiting approval of a contentious settlement agreement that covers two allegedly defective trigger designs: the XMP and its predecessor the Walker Fire Control. At the final hearing in February, critics, including the judge presiding over the case, expressed concerns that the voluntary recall has solicited too few claims.

With more than 7.5 million allegedly defective rifles, only about 22,000 owners have filed claims in the two years since the settlement was announced. The concern is that the recall of rifles with the defective trigger design, which has been linked to numerous injuries and deaths, will have a limited impact on preventing future accidents.