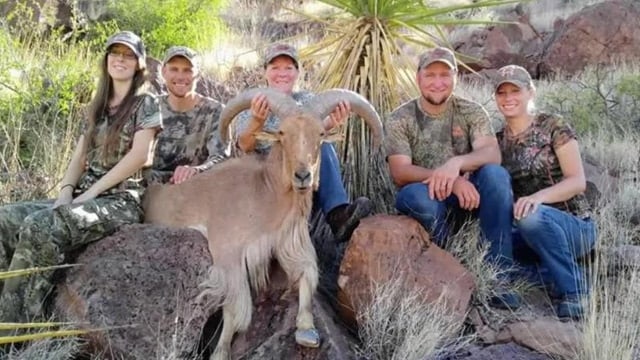 Walker Daugherty, second to the left, and Michael Bryant, second to the right, were indicted last week after falsely claiming they were shot by illegal immigrants. (Photo: The Dallas Morning News)

Two men from Texas were indicted last week for falsely claiming they were shot by immigrants while hunting in Presidio County near the Mexican border.

As it turned out, Michael Bryant and Walker Daugherty were actually responsible for the shooting and now face charges for using deadly conduct by discharging firearms in the direction of others, according to a report from The Dallas Morning News.

The shooting occurred on Jan. 6 at the Circle Dug Ranch and the men involved told responding deputies that the shooting was the result of an ambush when immigrants tried to steal the hunting group’s RV.

The deputies found Daugherty and a third hunter, Edwin Roberts, suffering from gunshot wounds. Paramedics do not respond quickly in the remote hunting area but, but Presidio County Sheriff Danny Dominguez said one of the hunter’s wives was a nurse and was able to administer first aid to keep the men from bleeding out.

An investigation was immediately launched but officials found no evidence whatsoever of any human traffic in the area where the shooting occurred, despite massive crews searching for such evidence.

Daugherty then tried to enter the RV but instead of announcing himself, simply attempted to open the door. This startled Roberts who, in turn, fired a round from inside the RV. The shot missed Daugherty, but further fueled his belief that a crime was occurring.

Daugherty then went back to his cabin to retrieve his own gun and grabbed Bryant for back-up. After returning to the RV, the gunfire continued, during which time Daugherty and Roberts were both shot.