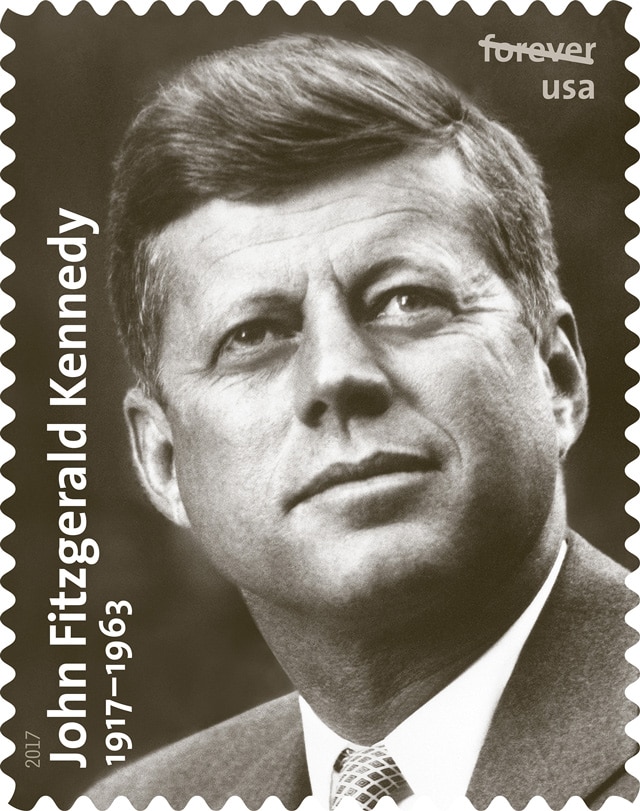 This iconic photo of John F. Kennedy was taken while he was campaigning for president in Seattle in 1960. (Photo: Ted Spiegel) 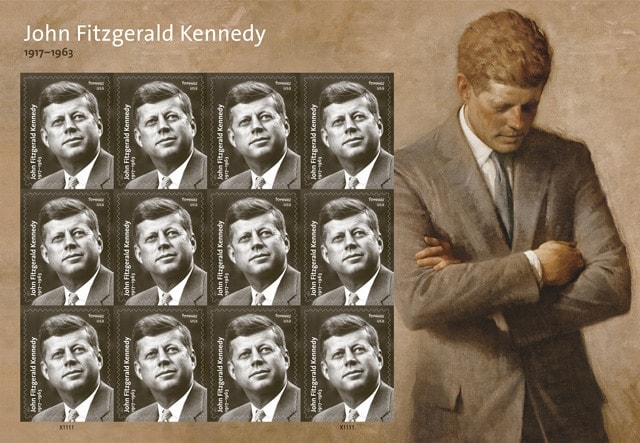 The backdrop for the stamps features a reproduction of an oil painting created by Aaron Shikler in 1970. (Photo: White House Historical Association) 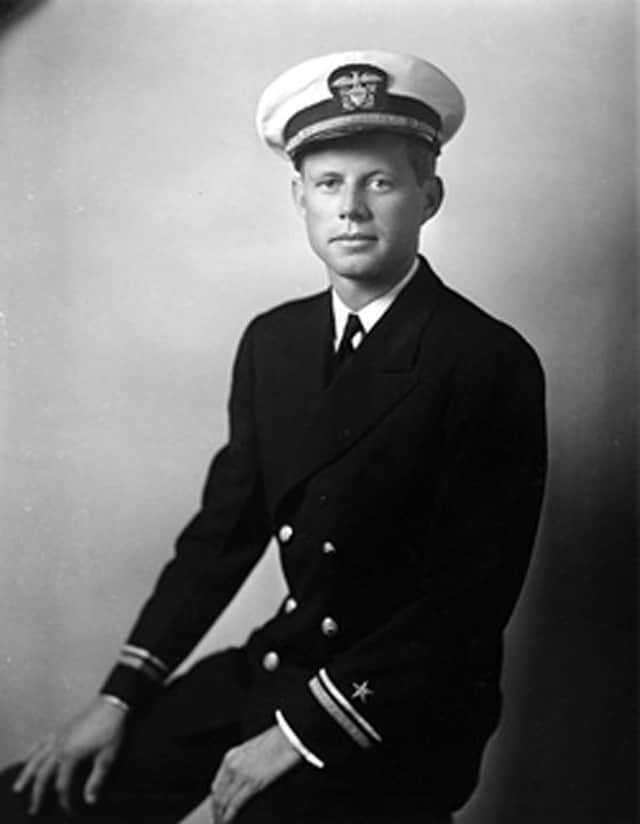 Kennedy was born nearly 100 years ago, on May 29, 1917, in Brookline, Massachusetts, and was assassinated in Dallas on November 22, 1963. Before serving as the nation’s 35th president, Kennedy served in the U.S. Navy during World War II and received honors for leadership and courage.

“He dignified and gave voice to the pride in serving the nation that every postal employee feels,” Brennan said of Kennedy during the ceremony. “It is for this reason that the Postal Service takes special pride in honoring President Kennedy today.”

The stamps were made available at Monday’s ceremony and can also be purchased online. They will be available to the public at post offices nationwide on February 21.