Patriot identified on social media as felon posing with guns 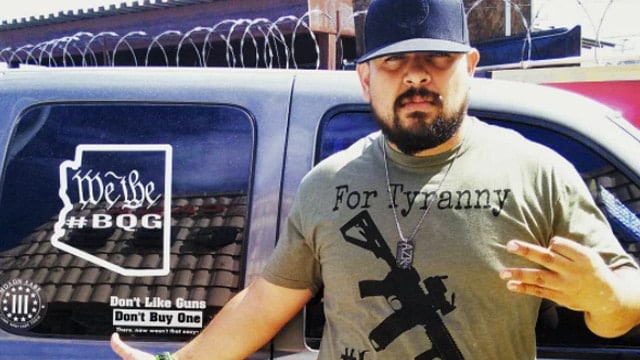 Israel Torres poses next to a vehicle with Three Percenter and BQG stickers. (Photo: Instagram)

The leader of a Patriot movement group in Phoenix was arrested Friday for being a felon in possession of a handgun.

Agents with the FBI’s Joint Terrorism Task Force arrested 34-year-old Israel Torres. According to an affidavit filed last week by Special Agent Jason Saitta, Torres posted a series of pictures and videos earlier this year on Facebook and Instagram of him handling and firing a Colt .45 M1911 pistol. That evidence coupled with two prior felonies gave Saitta probable cause to believe Torres had broken federal law.

“There she is!!! Very satisfied with the finished product. I asked for a two tone mirror polish and Joe at Amigo Arms delivered! I will retire this beauty but will carry it to show it off,” Torres wrote on Facebook, according to the affidavit. Torres’ Facebook page has since been taken down. 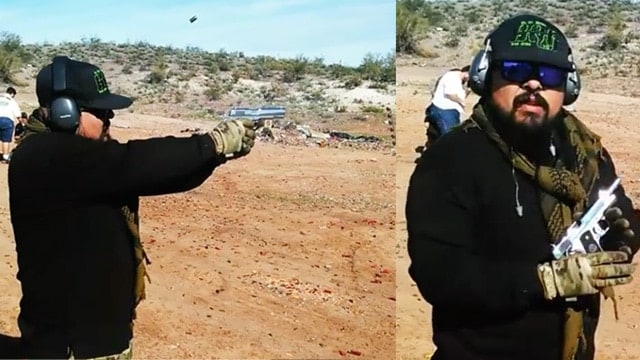 Screengrabs from a video referenced in the affidavit, in which Torres fires eight rounds from a handgun, left, then turns to the camera and says, “Nice.” (Photo: Instagram)

“She works flawlessly,” he wrote in another post on Instagram. “I ran about 100 rounds through it, the polish didn’t change one bit.”

According to KTVK, Torres is the leader of the BQG, a patriot-movement-inspired group. Members of the movement pledge to defend the Constitution and expect the federal government to do the same. Many people affiliated with such groups proudly exercise their right to bear arms. Some subscribe to a lifestyle of prepping — hoarding food and weapons and learning survival techniques in case of civil unrest. BQG stands for “barter quality goods,” a reference to the need for bartering in a world dominated by unrest. 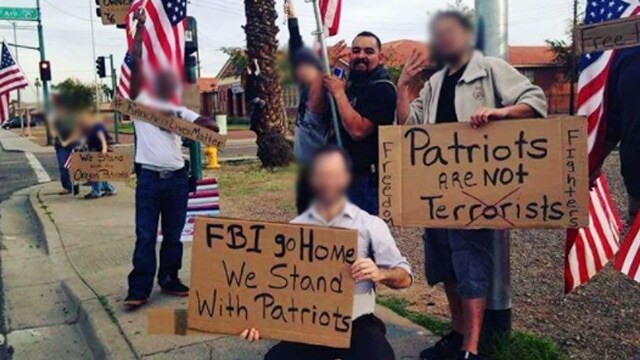 In videos posted online, Torres also describes himself as a Three Percenter, another patriot movement group whose members are pro-Second Amendment, and are usually heavily armed. Last year, Torres participated in rallies supporting the armed takeover of the Malheur National Wildlife Refuge. He also participated in the protest of a Phoenix mosque a couple years ago.

“The bottom line is that person’s off the street and no longer a possible threat to the public,” FBI Special Agent John Iannarelli told KTVK.

Torres is due back in court Thursday.